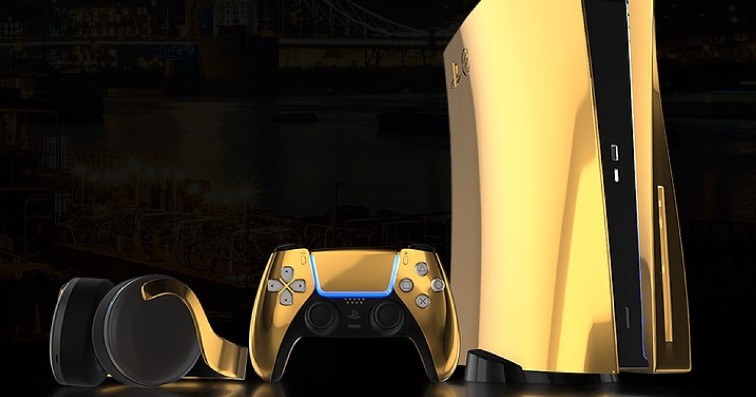 The first quarter of the year 2020 has been a breakthrough for the entire gaming sector due to the coronavirus pandemic. A number of people were forced to remain at home and spending time had become challenge for many. Youngsters switched to gaming as the best way to kill time and the PlayStation became one of the most popular consoles during the pandemic. Now that a number of nations are venturing out, PlayStation continues to be ambitious and is all set to launch the gold plated version of the PlayStation 5.

This is an extra limited version which is expected to a little more expensive and is for those who want their consoles to be attractive and do not care about the cost. Since it is the pandemic, not many could be the financial position to buy one gold plated PlayStation 5 which means the price of the console remains of a big question. This is also important as rivals Sony of Microsoft have not announced anything new so far.

The price of the console might be of much concern for the rich. Truly Exquisite, a luxury firm has said that it is called as the Special Limited Luxury Edition of the PlayStation 5 which comes with an exquisite 24K gold finish. If you are a little low on budget, but still wish to have a gold edition PS then there is also a cheaper version of it, which is the 18K rose gold edition. What is more that the users will also have the option to have a platinum version of the PlayStation 5.

So far no idea has been given about the gold version but Sony had a few years back released the PlayStation 4 gold that was priced at a whopping $8,400. People who are interested in this blingy PS 5 can register themselves on the official website which also gives an option to buy gold-plated controllers and a headset.