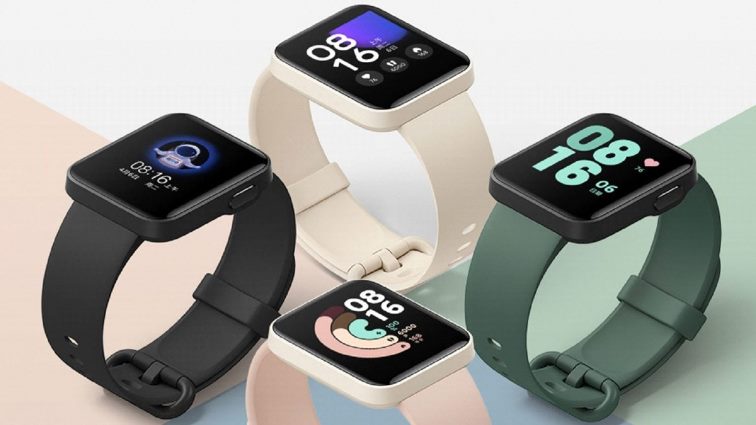 Redmi by Xiaomi has entered the smartwatch segment and has launched the Redmi Watch at an attractive price. The design is indeed attractive, but does not come with a big price tag. For now the device has been launched in China for 299 yuan which comes to about $45. The new smartwatch by Redmi comes with a 1.4 inch display in rectangular shape and has a curved glass.

The wearable gadget is available in black, blue and white colors while the silicon strap can be grabbed in pink, black, white, blue and green colors. The device has just one button on the side of the watch and the rest of the functions can be managed by the touch screen. It can also be managed through the Mi Fit app from a smartphone that is paired. Some of the other specifications include Bluetooth 5.0, NFC along with a heart rate monitor and is water proof up to 50m.

The company has also assured that the battery can run up to 7 days on a single charge or 12 days, if it is used on power-saving mode. It is the black backgrounds or UI that use up most of the battery but at this price ne cannot expect the device to have an OLED display. The smartwatch is all set to hit the shelves of China from December 1, 2020 but there is no idea if when it would be launched in other markets.

It is predicted that it could take some time for the device to be launched in more markets including the United States. Redmi surely seems ambitious in terms of launching gadgets and its latest venture in to smartwatches has indicated its shift of focus. The gadget has been launched right in time for the holiday season and a launch in the US could prove to be beneficial for the company. Thanksgiving has marked the beginning.