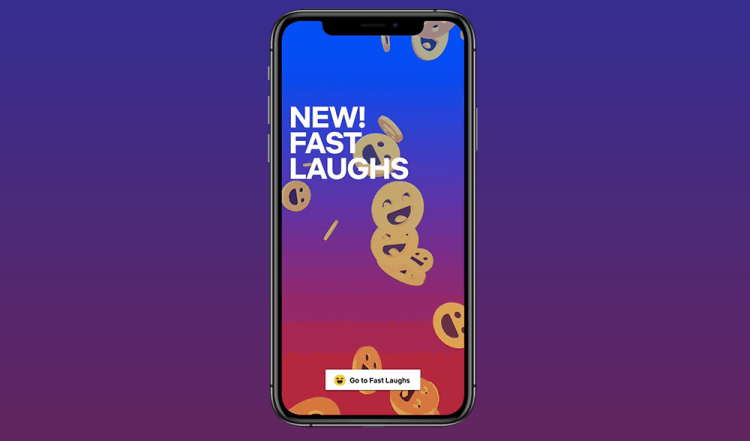 Seems like, Netflix is expanding to more platforms. The company is launching a new mobile feature that will give its subscribers a chance to have a funny moment and be able to laugh without the need to watch the entire TV show or a movie. Netflix is launching Fast Laughs which will be for now only be available for the iOS users  and only in selected countries  and would be similar to the looks of TikTok or Instagram Reels.

Before people jump in to conclusions, these short videos are actually different video clips  that have been taken from some of the shows like Big Mouth or the stand-up shows from the comedians like Ali Wong or Jerry Seinfeld. These videos will be played directly on the Netflix app. If there is a show, film or specials that has grabbed the attention of the viewers then they can be saved on their saved list so they can be watched later.

Patrick Flemming, the director of Product innovation at Netflix as said that they are constantly looking for ways to entertain and make it convenient for the users to find content they are looking for. Flemming added that Fast Laughs is a new full-screen feed for funny clips  that have been taken from a wide range of titles from Netflix. They have been taken from films, series and some of the popular stand-up specials.

The new move by Netflix has come right in time at an era when the content like TikTok has become popular among the viewers. The company in the past has earned quite a reputation in the past and has also named TikTok as its competitor. But still people are spending more time on TikTok than Netflix. So now the iPhone users have more things to checkout  and would also help it to make an app where people spend more time. It is indeed a smart business move by Netflix.