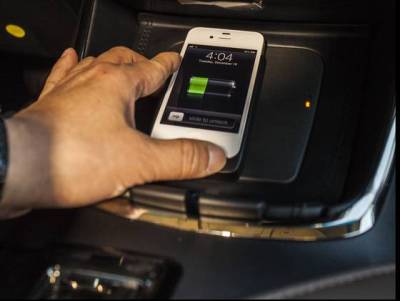 Toyota has announced that they are offering wireless charging in their all new 2013 redone sedan Avalon. Apart from Toyota, Chrysler also has a charging bin that allows users to charge their phones (this is based more on a conductive model than an inductive one). Technology has been racing at the speed of light over the last century. Everything we use as of today needs state-of-the-art technology to function with optimum efficiency. Be it our phones, laptops, cars and everything else. One of the better things to hit the tech-world of late is the wireless charger pad.

The concept of the device is quite simple. While driving your car to work if you realize your phone is running low on battery. All you have to do is toss your phone to the inductive charging pad and voila, your phone is now charging and that too without the cumbersome use of wires.

Though the whole idea of charging your phone wirelessly sounds incredibly brilliant, there is always one question that arises. How pragmatic is this concept? The charging systems that exist as of today requires sleeves that are quite expensive as well as tedious to handle. Also the problem of how the phone should be kept on the wireless pad so that it charges properly comes into the picture.

What if all these inductive pads need the phone to be placed at a certain inclination rather than being just tossed? What if the inclination is all wrong because of erratic driving styles and extremely curvaceous roads? With technology things can get complicated. We’ll have to wait and watch to find out if this technology is really worth it after all.