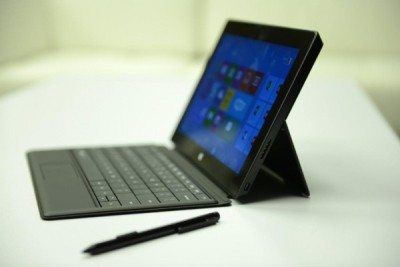 Microsoft’s Surface Pro tablet will be getting a head-start on the competition by gaining some cross-platform features. BlueStacks has just released an upgraded version of its Android App Player, which will benefit the Surface Pro in more ways than one. Users will now be able to run over 750,000 Android Apps on their Surface Pro tablets, which will give birth to a variety of possibilities.

Although the move may appear to be a smart one, benefiting both Microsoft and BlueStack for now, there could be a some hidden problems that could come to the fore later on. For one, the new software would be just an Android emulator and not make use of the core Windows architecture. There is also the problem of developing a sound ecosystem that will support Android Apps on a Windows platform.

There are lessons to be learnt in the way Apple propagated its iOS and Google developed the Android system. Both these platform have native applications running on them and this leads developers to remain constrained within an ecosystem. BlackBerry on the other hand tried to make an experimental entry with its PlayBook and failed.

The other side of the coin is that Microsoft will not be working on its shortcomings in terms of providing a stable base for applications to run. In the short term Windows users will be rejoicing, but it remains to be seen what long-term benefits are to be gained from this latest development.