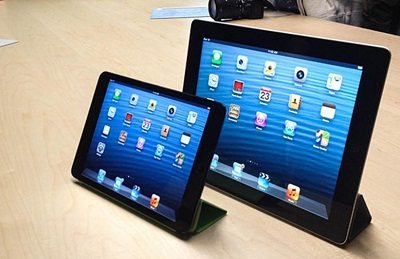 Fans of US-based technology company Apple are always looking forward to their next big gadget release. Now, certain industry sources are already claiming that a new iPad is in the pipeline. According to a Taiwanese supply chain maker, the regular sized iPad could start production as early as July 2013, even as Apple continues to push sales of its iPad Mini.

It is rumored that the new iPad will be lighter than the current version of the device and it could also be thinner. The current iPad 4 has retina display and was a step up from the 3rd generation iPad. The iPad 5 could also be based more on the design of the iPad Mini, as people get accustomed to smaller and lighter devices.

There has also been some talk about Samsung not get to be a part of the new manufacturing process, as both companies have been fighting a bitter fued over patent rights for a while now. Oh-hyun Kwon, who is the vice chairman of Samsung Electronics, said that he is not too concerned about the fact that Apple may drop Samsung from the manufacturing process.

Kwon went on to say that in any business orders could rise and fall and that he is not too sensitive about these things.