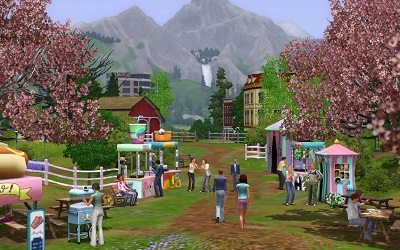 Electronic Arts has revealed that it is all set to unveil The Sims 4 for PC and Mac in the year 2014. This announcement is bound to be good news for all The Sims enthusiasts eagerly awaiting for the sequel.

A blog post from EA said “The Sims franchise is fueled by the passion and creativity of its millions of fans around the world. Their continued devotion to the franchise ignites the fire of creativity of the team at The Sims Studio, driving them to continually improve and innovate on one of the world’s most successful simulation game that has sold more than 150 million copies worldwide.”  The company is planning to reveal more information about the sequel later on, but it has already been revealed that it will work offline.

Charlie Sinhaseni, the Maxis spokesperson confirmed that The Sims 4 is a single-player offline experience. It is expected that new updates regarding the game will follow soon. The developer Maxis released the third game in the franchise in 2009, to a warm  reception from critics.

The franchise of The Sims is very well-known for its dedicated fan base who immensely enjoy the extra content. The Sims games  are a cartoon simulation of real life. The players also create avatars which have needs and desires and the gamers have to work to meet those needs.