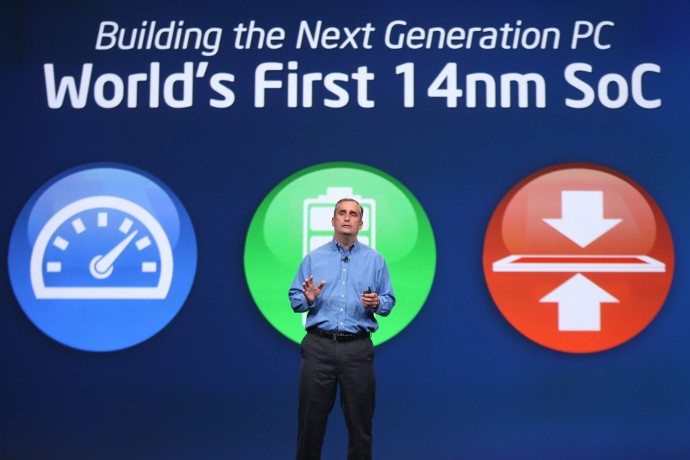 The new chip has been specifically designed for the 2-in-1 detachable gadgets which feature fast tablets and thin laptops.

The device has been used in the 12.5 inch Transformer Book T300 Chi detachable laptop from Taiwan’s Asustek Computer Inc. It was showcased during a keynote speech delivered by the Intel President Renee James at Computex Taipei.

It is the world’s second largest computer trade show. Intel says that it is the most energy efficient Intel Core processor in the history of the company.

The Core M Processor is expected to be available in the market by the later half of 2014. James added that Intel and Taiwan Technology ecosystem have an exciting opportunity to develop the history of collaborative innovation. It was also noted that Intel currently has 130 tablet designs from the global OEMs and ODMs. Some of these are either in the market or will be in the market in 2014.

More than a dozen Intel tablets will be launched at Computex. The tablets are built on the Intel Atom Mobile processors. Many of them will have Intel’s 3G or 4G LTE communication platforms.