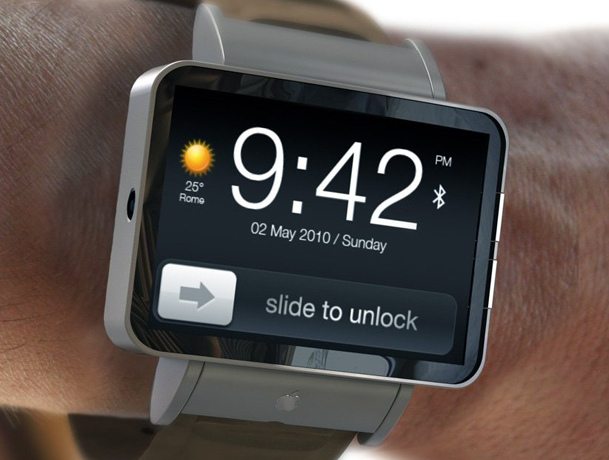 Apple all set to launch itself in the wearable device market with new iWatch.

Recent reports have claimed that Apple Inc is all set to launch its much awaited smartwatch this fall. The US based tech giant manufacturer will launch its new device in multiple screen sizes. The mass production of the wearable device will begin from July, 2014 and will be in time for its much awaited October launch.

Sources close to the production unit said that Apple expects to ship 50 million units of the iWatch in the first year of the product’s launch. However, the initial figures are subject to certain changes. The iWatch is expected to have a rectangular display which will measure 2.5 inch diagonally. The face of the watch might slightly protrude from the band and will create an arched shape.

The device will feature a touch interface and wireless charging capabilities. The new wearable device from Apple will have a sensor which will monitor the pulse of the user. Heptagon – the Singapore based imaging and sensor manufacturer – is on the list of the suppliers for that feature.

The upcoming launch by Apple will follow after companies like Samsung, Sony, Motorola and LG have already launched their respective devices in the market. On the other hand, the market for wearable devices is expected to expand in the upcoming years, giving Apple a fair chance to lead the race.