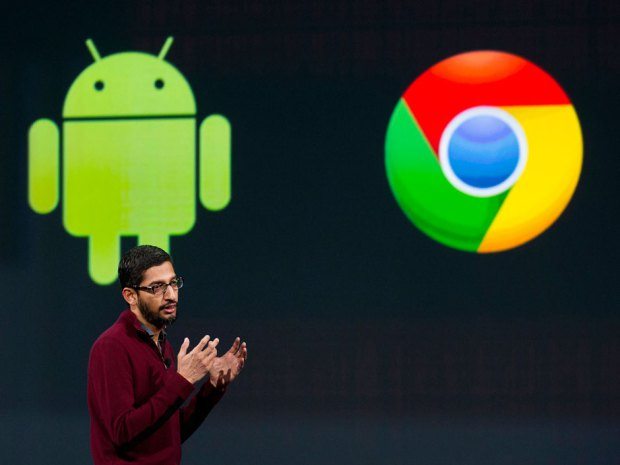 Search giant Google’s OS – Android – was the highlight at the first day of the ongoing Google Developer Fest in San Francisco  on June 25, 2014. It It was pretty evident that Android has evolved as a market force to be reckoned with, as it powers everything from phones, cars, TVs and more. A two and a half hour long presentation was presented by Google’s Android chief Sundar Pichai.

Pichai at the event said, “Our goal is to reach the next 5 billion people in the world”. The presentation was played to about 6,000 developers in San Francisco. Android already has a lion’s share in the smartphone market thanks to its adoption by mammoth companies  like Samsung.

Pichai stated that the OS has about one billion active users and runs on almost 80 percent of the world’s smartphones. On the other hand, Apple’s iOS which powers the iPhone and the iPad accounts for just 17 percent of the market share.

Google can manage an even larger consumer base if it succeeds in convincing users about its ability to control and aid in every facet of life.

As the software is an open platform, other companies have made their own modifications to fit it in their own devices. The search engine is now aiming at a wider segment and wants to enter in to everything from smartphones to desktop computers, tablets, smartwatches and appliances.