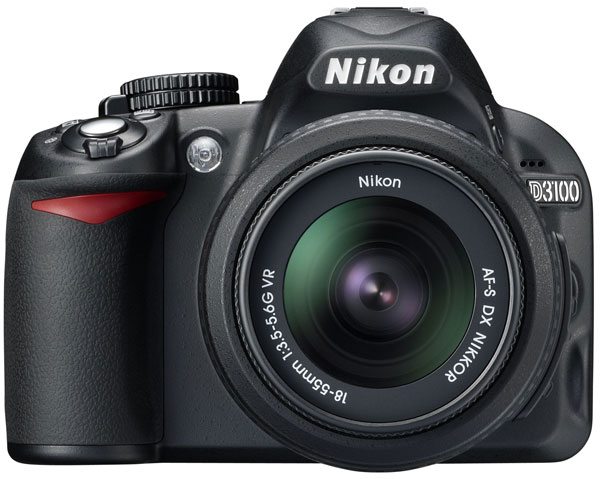 Gadget Herald: Nikon has launched another sensation in the market, and in the month of December the company unveiled the D3100 14.2 megapixel digital SLR camera. At the first look, this device is has a 3 inch touch screen, which is quite big for a camera, and it will surely help the user to scroll through the menu with ease.

The D3100 also has an image stabilization feature, which allows the user to capture a fantastic image even though there is unexpected instability. The next feature in line is the D3100’s 3x 18-55mm Zoom-NIKKOR VR Image Stabilization Lens, which gives the user cleaner and sharper images, and it is also quite fast.

The camera also has the EXPEED2 image processing engine, which process each image taken with a professional touch, blending colour and sharpness equally as required. The Ultrasonic and Airflow control within the camera helps the device get free from any sort of dust or debris which accumulates on the image processing engine. The Nikon D3100 is priced around $580.