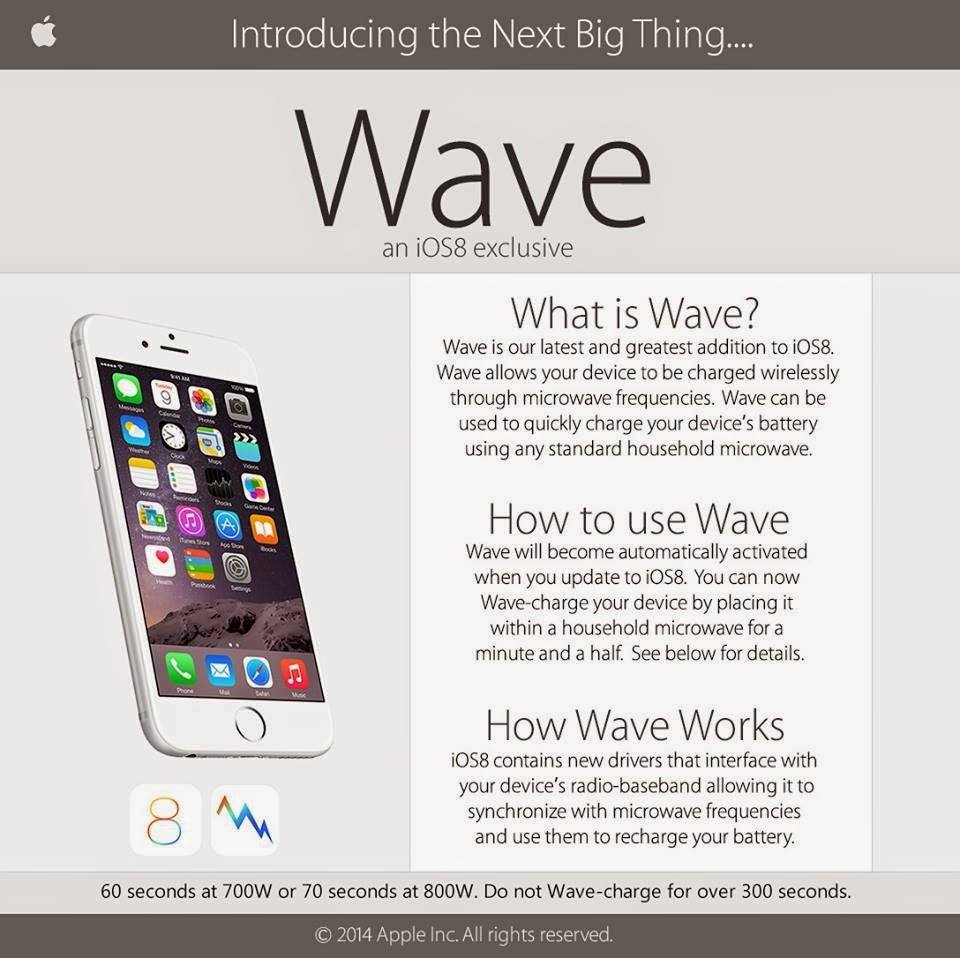 The new Wave iOS 8 ‘microwave charging’ feature is a fake.

The popular phrase “Don’t believe everything you read on the internet” is perfect for this situation. A few days ago, internet trollers began posting images of a new feature in the iOS 8 that allowed users to charge their iOS 8 devices through their household microwave. The images began circulating on 4chan.com and quickly spread as unsuspecting users shared the news. The news came in the form of a print ad by Apple.

The ‘print ad’ stated that the new ‘Wave’ technology by Apple allowed users to wirelessly charge their iOS 8 devices through their microwaves. The ad goes on to mention that users should not exceed the Wave-charge time by 300 seconds. Many iPhone and iPad users fell for the prank and have ended up with a device that is beyond repair.

Users need to know that there is no way to charge your iPhone or iPad through a microwave and that doing so will most definitely blow up their phone. By using technical words like “60 seconds at 700w or 70 seconds at 800w” the ad becomes was effectively able to fool those users that are not so tech-savvy.

Several users that were pranked took to Twitter to vent out their anger. One of the victims, nick said, “I tried using the new IOS 8 feature WAVE where you can charge your phone with a microwave, does not work.”