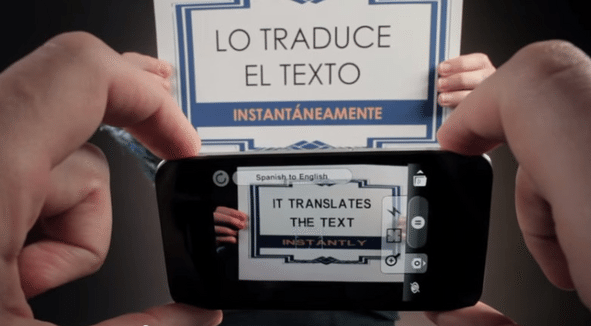 Search engine giant Google has introduced a new language translator Google Translate which will help to translate conversations in real time as they are spoken. This means, people from different countries can now chat with each other with the help of the new translation app.

The new translate app will recognise the language which is being spoken, before it shows a translation on the screen. The users just have to download the app on their iPhones or an Android mobile and point their mobile phones at the foreigner. However, since the app is new, it recognises just limited number of languages including French, English, German, Italian, Portugese, Spanish and Russian.

The new app has been introduced after the introduction of Microsoft’s Skype translator which was launched in December 2014. The product lead at Google, Barak Turovsky said, “If you’ve ever asked for “pain” in Paris and gotten funny looks, confused “embarazada” [pregnant] with “embarrassed” in Mexico, or stumbled over pronunciation pretty much anywhere, you know the feeling. Now Google Translate can be your guide.”

So the new app can prove to be a blessing for the travellers who find it difficult to ask for directions in a foreign land. The service Google Translate is already being used by about 500 million users.