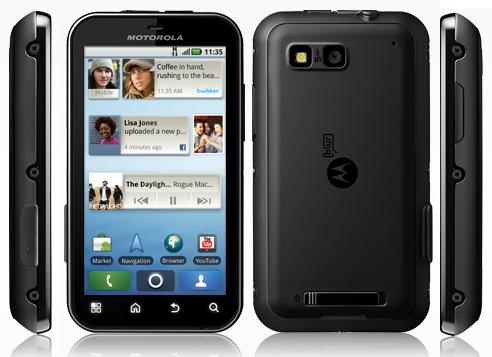 Gadget Herald: Motorola India launched the latest smartphone called the ‘Defy’ into the Indian market. It is a unique phone launched in the Indian market under the brand name of Motorola, and it is shock and water resistant. The phone is running on the Android operating system, which enhances the smartphone’s features and capability.

It is the second phone that has been launched in India after just a couple of days. The company has also come out of bad phase, which lasted around five years. In recent times, the company has successfully come up with a number of smartphones, which are Charm, Motorola Quench XT5, FlipOut, Motorola Milestone XT800 Glam.

It is a completely new smartphone that has been launched for the Indian customers, for it is rugged, rough and will withstand water and shock. The phone features a 5 megapixel camera, a 3.7 inch gorilla glass display touch screen and LED Flash, MotoBlur UI and FM radio. This is the first rugged phone that has been launched by Motorola, and it will not be a trouble for anyone to handle it with care. Its a complete 3G phone, and its memory can be expanded to 32GB. The phone has been priced at Rs.18,500 in the Indian market.