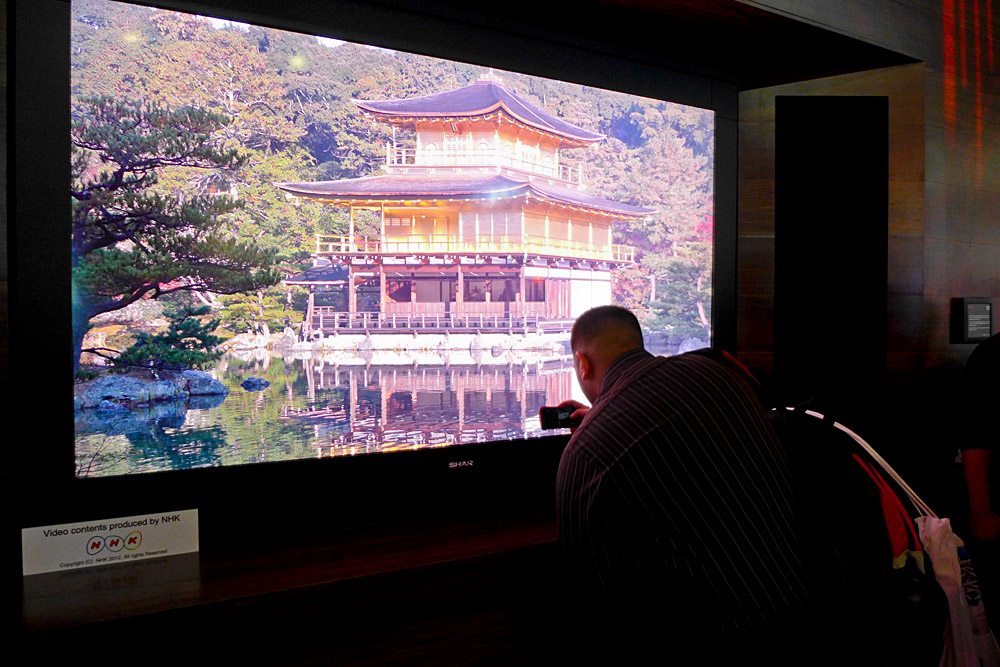 Electronics manufacturing giant Sharp has announced that it is all set to sell an 8K TV screen from October, 2015. Many other companies in the market too have developed super-hi vision resolution test models, but Sharp’s TV will be the first one to be commercially available.

The 8K format TV will provide 16 times the pixels as 1080 p high definition and creates an image which are so detailed that the images appear three dimensional. The device will measure 85 in and will cost 16 m yen. With such a price tag, the sales is likely to be limited.
The sales is expected to come from the broadcasters and other companies who are involved in testing in format. Analysts have opined that the device is not likely to be popular before a decade. Abhi Mallik from HIS Technology said, “We’re not expecting 8K TVs targeted at consumers to be released until at least 2016, and we don’t expect they will cross one million units until after 2019”.
There are a very limited number of families in Japan who will be interested in buying such a product for their household. For the time being the manufacturers will focus on their efforts to convince the families to buy 4K sets at least.