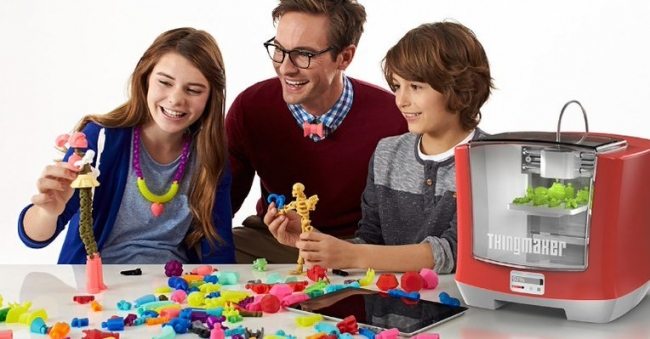 The 3-D printer is the gadget that is making news in the market these days. Now a printer that will allow kids to create their own toys with just a few taps on the screen, will soon become a gadget in every household.
The new 3-D printer is Mattel’s ThingMaker which in simple words can be said that it has the same software by Autodesk that makes jewellery and toys in a snap. IN term of its working the pieces are designed to snap together in a wide range of configurations.
This printer will also become the first 3-D printer that will go mainstream and will have the ability to bring the entire consumer industry along with it. On the other hand there is already a 3-D printer market but they are yet to reach homes. Analysts have predicted that the total sales of the devices along with the material and services accompanying them is expected to reach $1.8 billion during the first half of 2015.
The number is expected to top $20 billion by 2019. For now businesses, especially from the automotive aerospace and medical sectors are investing huge sums of money in such 3-D printers. But the number of consumers as individuals are still limited.