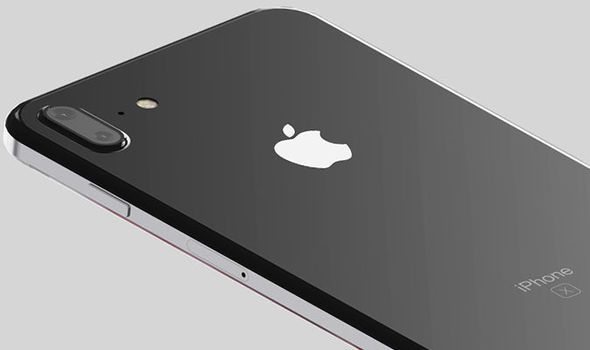 This year Apple is celebrating the tenth birthday of iPhone and is expected to roll-out the best device with the iPhone 8. The upcoming device is expected to be launched in September 2017 and is expected to have a stunning AMOLED edge-to-edge display. However, the progress in the display might lead to a delay for the phone enthusiasts who are longing to have the handset in their hands.

Several reports and speculations have indicated a number of changes for the upcoming device compared to the current version. Some of the improved features include a faster processor, updated dual lens camera for a better photography and the much awaited wireless charging. The biggest change in the iPhone 8 might be the new AMOLED display which will cover the entire area on the front of the device.

The new feature on the iPhone 8 will mean that Apple will be able to add the fingerprint scanning feature under the screen instead of the rear mounted sensor. These are some of the major changes for the upcoming iPhone and might lead to a delay for the consumers who wish to buy the iPhone 8 during the launch. Reports say that there will only be three to four million iPhones which will be ready to be shipped when the device will be unveiled in 2017. Korean giant Samsung is producing the OLED displays for the iPhone 8 and analysts have predicted that it might be tough for Apple to ship 50 to 60 million OLED based new iPhones this year.

If the reports turn out to be true then this can be a disappointing news for the iPhone enthusiasts. Talking about the price, reports say that the Apple iPhone 8 will begin at $870 and might cross $1,070 for the top versions. It is expected that the upcoming device by Apple might cross the £1000 mark.