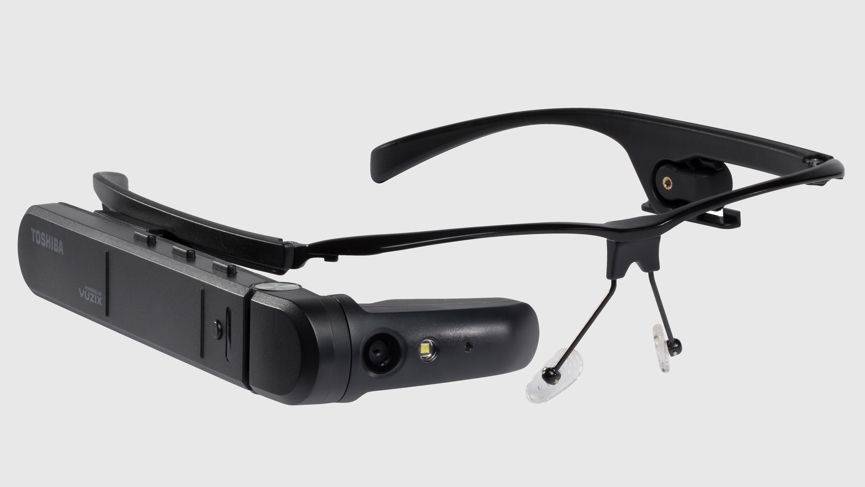 Tech giant Toshiba has ventured in to the wearable gadget segment and has launched the dynaEdge AR Smart Glasses which has been specifically designed for the business customers and also run the Windows 10 on a mobile PC which can be connected through a USB cable. With the latest gadget launch, the company has expanded its presence in the PC space.

Talking about who needs a Toshiba dynaEdge AR Smart Glasses, it is meant for those who work on the fields for instance a repair worker, a warehouse worker who scans a product barcode. The device has a glass display that rests on the right eye and a camera that faces outward and can also be used to click pictures or shoot videos.

Toshiba has made a difference with its gadget when compared to the other wearable devices in the market. The computer has been separated from the actual device. The glasses can be connected to the cartridge like mini PC which can be kept near the waist of the user. The new device is a part of the dynaEdge series which is a collection of compact computers that weigh less than a pound. The devices from the series will run on the sixth generation Intel Core Processor and will include different memory configurations.

The headset can be connected to the PC with the help of a USB cable. The demo of the device has shown that it can also work as a portable Windows 10 PC. On the right side of the glass the user can access the usual Windows Desktop as it is a touchpad that can function as a mouse. The device just covers one eye which means this might not be so good in terms of clarity. Toshiba is currently working to add voice commands and is also developing apps to make the interface easier to use. The device has a battery life of four to six hours. The price of the dynaEdge AR Smart Glasses are priced at $1,899 and can go up to $2,899.