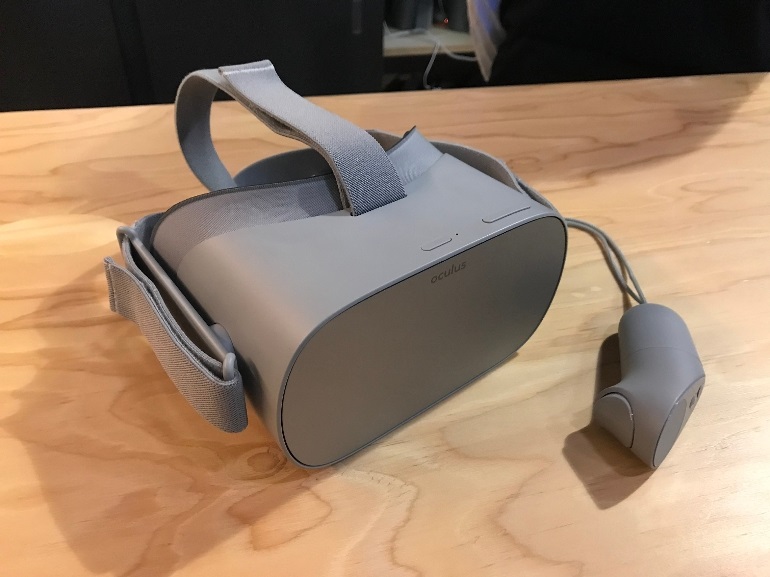 The VR headset Oculus Go was announced a few months back but it was only at the GDC 2018 that the company made the headset available to be tried and tested. Talking about the device, the company has claimed that the Oculus Go will have a good accessibility and will be priced at $200. The device is similar to the Gear VR, the difference is that instead of slipping the phone in to the headset, the device itself is well-equipped.

This means that the users need not have to drain the phone batteries as the users play and unlocks the power of hardware by offering improved thermals as well as removing the unnecessary components. The Oculus Go has got new lenses and that offers a larger field of view than the latest gadget Gear VR, which means that the view might be a little close to the Rift. The device has a resolution similar to that of Rift with 1,280 x 1,440.

While the resolution does not matter much the inside view has noticeably sharp, than the Rift and a lesser screen door effect. The Go device can be a preference for the users who need to use it for photo or video viewing as the primary use. This means that the makers need to work more on the headset to get a better feel for the finer details of the display.

The device comes with a Go controller and looks more comfortable than the Gear VR controllers that was launched earlier. The shape fits nicely in the hand and the bend at the top helps to reach the trackpad and buttons easily. The controller supports only rotational tracking. Despite the fact that the Oculus Go is powered by the phone hardware which is very old, the company has claimed that it can perform better than the Gear VR due to its extra efficiency.