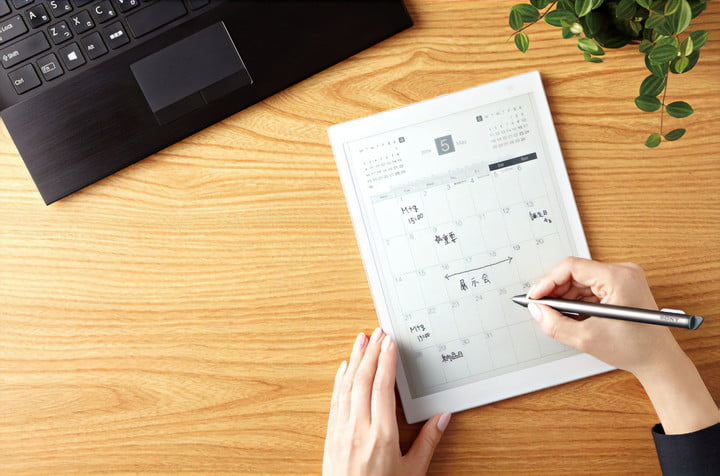 Sony had earlier announced the release of a smaller version of the Digital Paper E Ink Tablet. People in the US can now soon be able to have their hands on the device as the company has announced pre-orders for the 10.3 inch tablet known as the DPT-CP1 for $600. The price might seem high, but the users are surely getting a lightweight tool for writing down documents, filling out calendar and more possibilities in just a notebook size which can easily fit in to the bag.

The DPT-CP1 tablet makes use of a similar type of display technology which is found on the popular e-readers like the Kindle by Amazon. The Kindle products provide a good experience of reading a physical paper on a digital screen. But the 10.3 inch device is a little different and more advanced as it will also allow the users to draw, scribble and give the feeling of writing on a paper with a pen and pencil. The best part is that the new device will also allow the users to fill the interactive PDF forms.

Moreover, Sony has made a new app for the iOS and Android users to port documents to notate, read or sign on the CP1. If the users have the Samsung Note 8, then they can perform such tasks without the tablet. The battery of the CP1 lasts for three weeks but it is not clear, if the device will be able to attract the users with its mere ability to replicate a paper, pen and a pencil.

Sony has not yet confirmed about the actual launch date but Amazon has listed the CP1 as arriving on June 21, 2018. The device is also expected to be a great tool for the professionals and could be a boon for people who are constantly on the go.