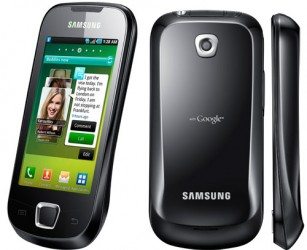 Gadget Herald: Today, cellphone buyers are looking forward to get their hands on the best, but cheap smartphones in the market, so we have checked in the Samsung Galaxy Mini device. It is a cheap android running phone which weighs only 105gms. The size of the phone is quite small, but it is an instant attraction once kept in you hands, even though its size is an issue.

The chassis of the phone is not built strong enough so, the phone needs to be handled with care. Due to the size of the screen, swiping may becoming an issue, because ones fingers could dislodge applications which are unwanted for use.

The Samsung Galaxy Mini is running on the 600Mhz processor, which is similar to the Galaxy S and Europa. Internet connectivity is good not as fine as the Galaxy S, but one watch videos and listen to audio online on this little device. Overall the device is really good,performance is nominal and it is great value for money.