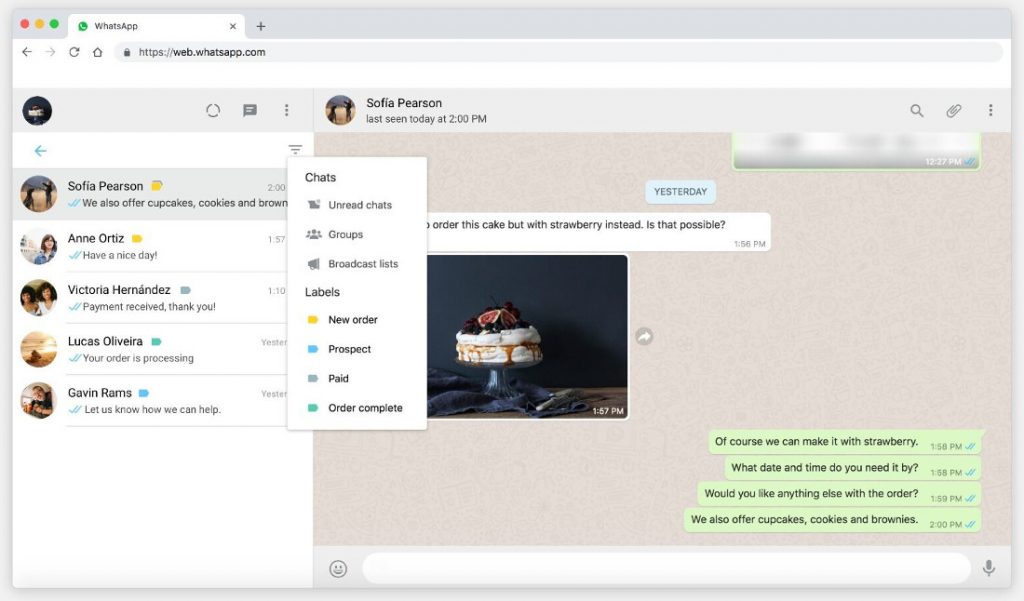 The updated web app will bring the features like Quick Replies which means that there are frequent messages to answer to some of the most common questions, so the users can simply press “/” on the keyboard to select a quick reply and send. Then comes the Labels that will help to organize the contacts or chats with labels so that the users can easily find them again. There is also the Chat List Filtering which easily manages the chats with filters to sort by unread messages, groups or broadcast lists.

With the improved ease of responding to the customers from a proper keyboard and a large screen, it can be suspected that the upcoming update will be very popular. The announcement of the update has come on the first anniversary of WhatsApp Business app that was launched. WhatsApp in a statement said, “In January of last year we launched the WhatsApp Business app, and now there are more than five million businesses using it to support customers, grow their businesses and serve their communities all over the world. We’re excited that we’ve helped millions of businesses grow. For example, in India, Bengaluru-based eyewear brand Glassic has told us that 30 percent of its new sales are generated through WhatsApp Business.”

The company is yet to announce when the features will be rolled out and make it to the end users but should not take too long as they already seem ready.