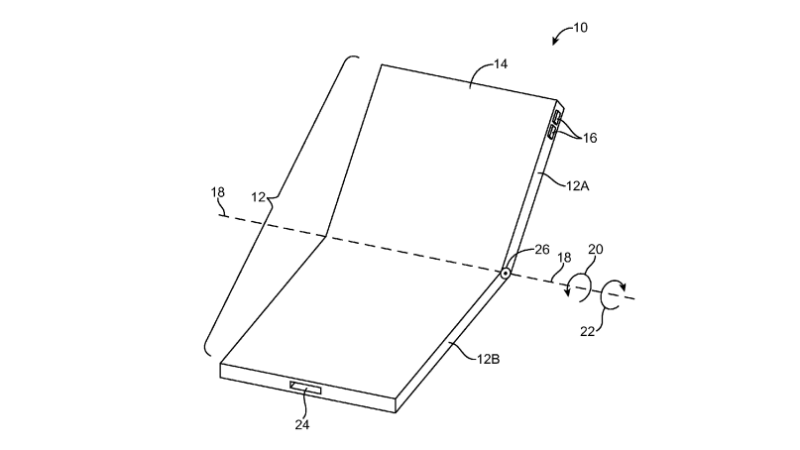 Samsung is the first company that comes in mind when we talk about the upcoming era of foldable phones. This is because the South Korean giant has been teasing about the new form for many years. Some of the recent reports claimed that Samsung was getting ready to launch a foldable phone but the company kept delaying it. The handset is all set to hit the stores in 2019, but before that the company has to face a lot of competition from other giants in the market. Apple is one of them who will be competing in the segment.

The Cupertino based company has been preparing on its foldable device since a long time, but like with any other iPhone devices, the foldable iPhone is a very secret project. Still there are many evidences that supports that the company is preparing a foldable device. Another proof to support this has recently surfaced. A patent application has been published on the USPTO site and has the title Flexible Display Devices after it was originally filed on October 12, 2018.

The images from the recent diagrams seem familiar, as a similar patent was also reported in 2016 which was well before the launch of the iPhone X. At that time it was reported that Apple is studying this particular form factor and that such a device will feature an OLED display. The first iPhone with an OLED display handset had arrived a year later which was the iPhone X.

The interesting part is that the old patent also has the title Flexible display devices and was filed on July 18, 2014 and was awarded to Apple on November 22, 2016. The new application is a continuation of the old patent and sharing the same inventors. The imagery that Apple has used in the two documents is identical. The pictures have also suggested that Apple is considering both iPhones that would fold inwards and outwards.