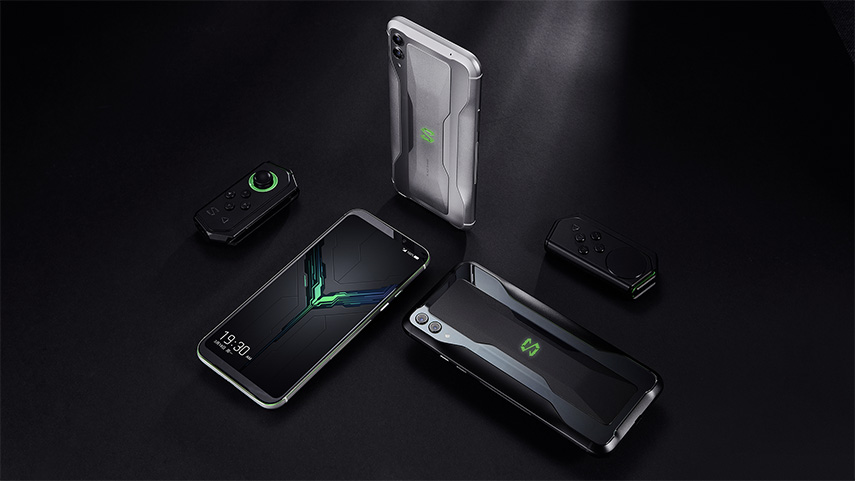 Chinese company Xiaomi on March 18, 2019 announced its upcoming smartphone christened as the Black Shark 2, which is its third gaming phone. The device will come with up to 12 GB RAM – which is 4G more RAM than you will find on the new MacBook Pro and the Dell XPS laptops. This is the first time the Black Shark smartphone will have such big configurations.

The smartphone is powered by the Qualcomm Snapdragon 855 processor with a huge 4,000 mAh battery. On the rear side, the users can find a 48 mega pixel and 12 megapixel dual-camera combo to match the 20-megapixel selfie shooter. The Black Shark 2 comes in four configurations starting from 6GB of RAM and 128 GB of storage and up to the aforementioned 12 GB RAM with 256 GB model. The device comes with a 6.39 inch OLED screen and has a Samsung –made in-display fingerprint sensor.

The Black Shark 2 also allows the users to map the buttons onscreen which means that they will not be limited to the physical buttons. With such a lucrative phone with massive features, the price tag is not going to be easy enough for the gadget lovers. The entry level models will be sold for 3,200 Chinese Yuan while the top end variant will be priced at 4,200 Chinese yuan. The figures have shown that the device is surely not to cheap but is surely below what is expected for such a high specification device.

For now the device by Xiaomi is announced only in China. The Black Shark 2 looks promising, but it is not the only device that is vying for the attention of the gamers. The ROG phone by Asus has also been introduced with a variety of features. Even Razer has unveiled two gaming phones lately. Apart from Gaming phones, the market is now ready to welcome the foldable devices.