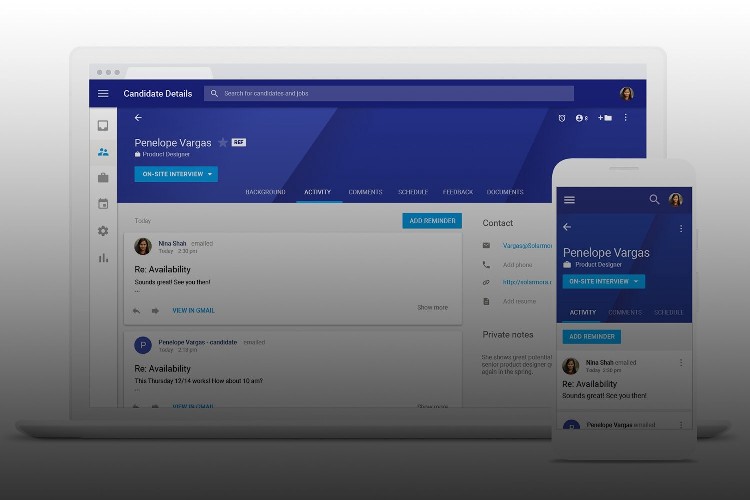 The Google Cemetery will soon have an addition, as the search engine has disclosed that it is all set to shut down its services Google Hire which is a job application tracking system that was launched two years back. The Hire was developed with a focus to simplify the hiring process along with a workflow that integrated things like searching for applicants, providing feedback about potential hires in to Google’s G Suite and scheduling interviews.

The Hire was built mostly for the small businesses and came at a price between $200 to $400 a month and depended on how many G Suite licenses the users needed. The Hire had come in to existence after Google had acquired Bebop, a company that was started by VMWare founder Diane Greene. The Bebop acquisition was reportedly priced at $380 million in 2015. Greene continued to act as the CEO of Google’s Cloud division but then gave up the role in early 2019.

Google sent an email to its users and wrote, “While Hire has been successful, we’re focusing our resources on other products in the Google Cloud portfolio. We are deeply grateful to our customers, as well as the champions and advocates who have joined and supported us along the way.” But the service is not shutting down immediately, as the users can continue using it for a full year. The search engine said that it will not actually be shutting down until September 1, 2020. It is just that no new features will be added to it.

Google has also noted that it intends to stop taking payment for the product in the meantime. In a support FAQ, the search engine said that customers will see no additional charges for Google Hire after their next billing cycle. Since the launch Google Hire has received positive reviews from HR professionals. The service is available for companies in the United States, United Kingdom and Canada who use G Suite.