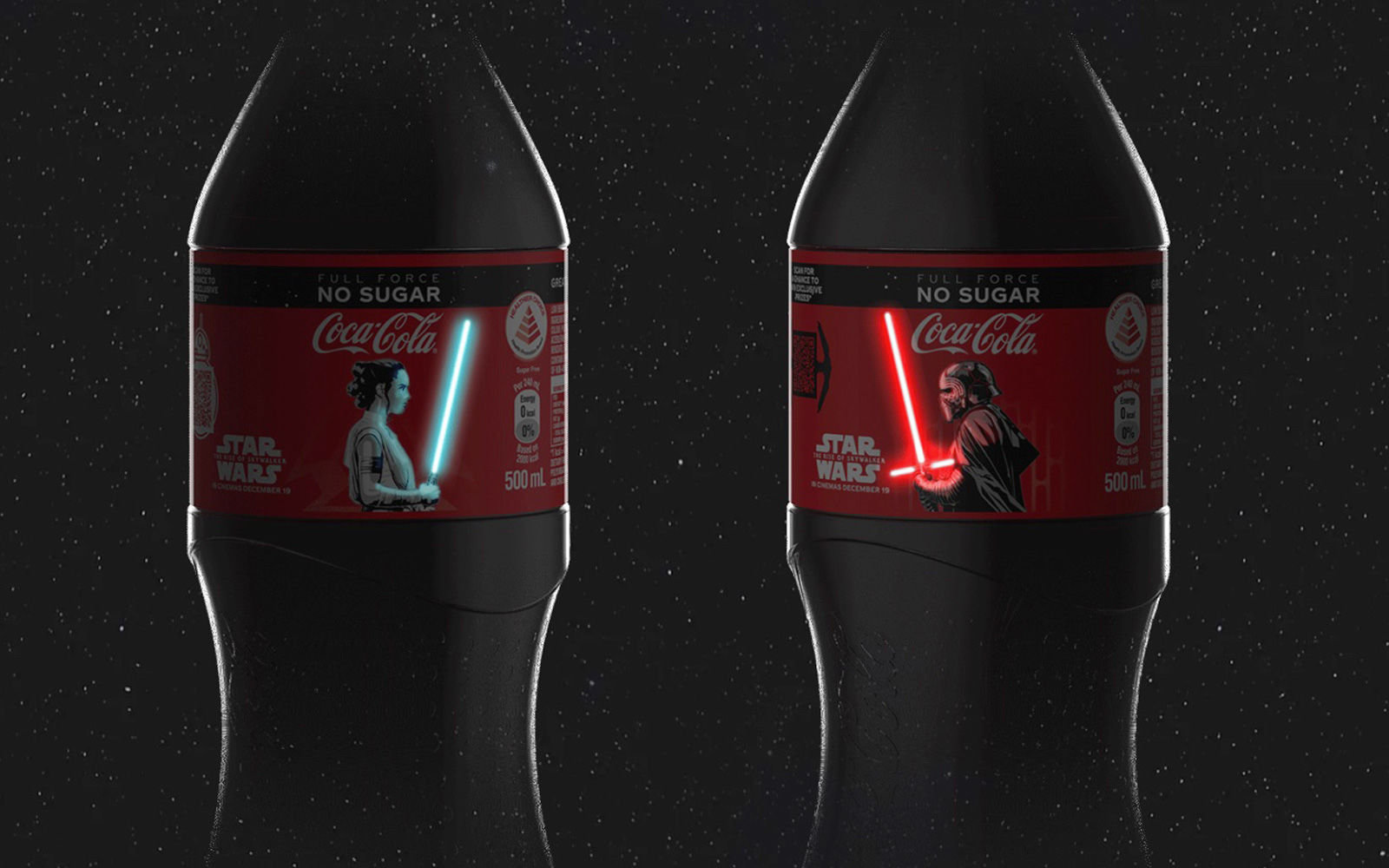 The much awaited space action flick Star Wars: The Rise of Skywalker is all set to be released on December 20, 2019. As the film release is nearing a release, the makers are down to promotions and the market will see many products that will promote the upcoming action flick. Some of the products will be even more interesting like the Coca-Cola bottles. The bottles will feature the lead characters Rey and Kylo Ren with their lightsabers which can light up anytime when they are touched.

People might imagine as to how such a magic can be possible and the answer to it is the organic diodes (OLED) that emit light. It is the same technology that helps to light up the smartphone display on the phone or an expensive TV and helps the lightsabers of Rey and Kylo to light up. The unique tech has been created by a startup called Inuru in Berlin. Every bottle will have the smart label of the company. The interesting part is that the label will have a built-in printed battery along with the diodes that will illuminate. When the label is touched by the consumer the circuit is completed and an electric current is sent to the diodes.

Inuru has claimed that the printed batteries have the capacity to light-up the diodes by up to 500 activations. The company has also assured that the diodes are eco-friendly as they have been made without the use of any of the rear earth metals. It is obvious that there is a tie up with Star Wars which has made such a creation possible for promotions. But the company imagines it as a new way in to advertisements, packaging , home appliances in future.

Now coming to the toughest part, the Coca-Cola bottles with such diodes will only be available in Singapore and is a limited edition version. It is a part of the Galactic hunt promotion.