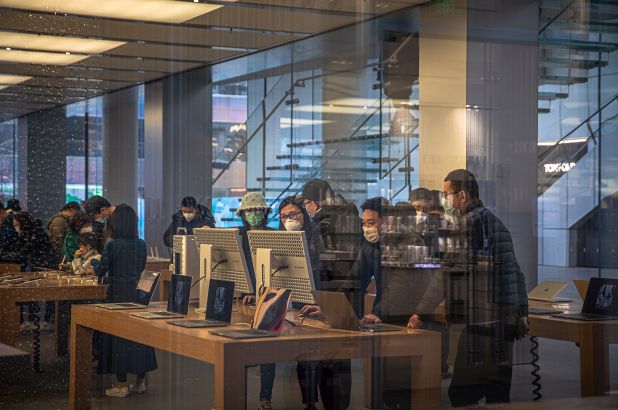 Businesses and educational institutes across China had shut down due to the coronavirus epidemic. But now a spokesperson from Apple has confirmed that it has reopened all its 42 branded retail stores in China. All the stores of Apple in China were shut down in early February, 2020 as the authorities in China had restricted the travel in order to slow down the coronavirus outbreak. But the stores have been reopening gradually since the past few weeks.

Despite the decision to shut down the stores, the Cupertino based company had expressed that shutting down its stores was one of the biggest mistakes and was also the primary reason why it was forced to rework on its quarterly guidance in February, 2020. There are reports that the situation in China is improving and Apple is likely to be placed elsewhere as the virus is all set to spread in other countries. Apple has this week closed all of its 17 stores in Italy after the government put the country in lockdown.

Apple CEO Tim Cook during an interview with Fox Business two weeks back said that he feels that the Asian country is getting a control over the coronavirus as the numbers are reducing day by day and that seems very optimistic. Cook also pointed out that the Apple’s suppliers are reopening the factories as the closure had affected the supplies to many of its projects. The situation in China had affected many of the businesses and had also shut down the schools and other educational institutes. The employees of the offices were forced to work from home as the public were avoiding contact with each other.

Even the food deliveries were made contactless as people had stopped going to the actual restaurants and eateries. The coronavirus started off in China in December, 2019 and soon started spreading in other countries like Thailand, Italy, India, Japan and the United Arab Emirates.