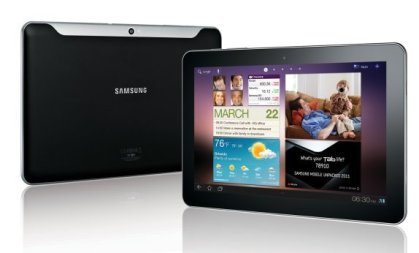 Gadget Herald: A day after the IFA 2011 consumer electronics show had opened to the general public, Samsung pulled back its Galaxy Tab 7.7 from the booth. The company also pulled back all the promotional material and posters of the product.

Apple has said that Samsung has infringed many if its patents with the Galaxy line of tablet computers, as well as smartphones. Samsung stated that they respect the decision of the court and that the injunction will severely affect the consumer choice in Germany.

The Dutch court had recently out a ban on the Samsung Galaxy smartphones. But the recent products by the company like the Samsung Note and smartphones were untouched and were allowed to be displayed at the show in Berlin. Samsung has said that it would do anything to defend its intellectual property. At the same time the company is also careful to release their latest tablet in the market. The company has also no plans to launch any of its new tablets in the US market.