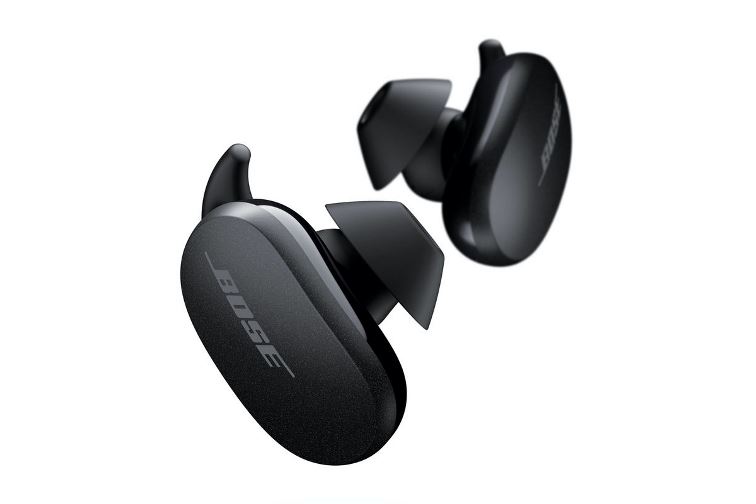 American audio equipment manufacturer Bose is all set with its new QuiteComfort Earbuds which would prove to be a competition for the AirPods Pro by Apple. These earbuds belong to the premium wireless ANC earphones segment. The QuiteComfort has the new earbuds feature of active noise cancelling combination passive isolation and offers all the noise cancelling performance of the best overhead earphones.

Bose has said that it has the new StayHear Max silicone tips that have been specifically designed to fit perfectly in the ear contours and makes a gentle seal. The best part is that it also has a range of internal as well as external microphones that have the ability to detect the sounds of the ambience and then produce an opposite signal and cancels it within a fraction of a millisecond. Next is the transparency feature that allows the users to simultaneously listen to their favourite music while also being able to hear the noises in the environment around them.

Such a feature could be useful at a time while the user is driving to hear the traffic around them or not to miss the important announcements by the train at the train station. The new Bose QuiteComfort 11 offers transparency of 11 levels that allows the users to bring down the noise while cancelling the pattern in the situation. This on the other hand is quite the opposite of the transparency mode by AirPods Pro that has a binary on and off feature but cannot be customized.

The Earbuds by Bose respond to gestures that are touch based and gives the ability to control content. There is a microphone on the right earbud detects the sound of the user and rejects other voices during an ongoing call or when the user is using a virtual assistant. Overall, the company promises a premium listening experience all due to the innovative audio equalization tech. The earbuds will be priced at $279.99 and will be available in Triple Black and Soapstone.