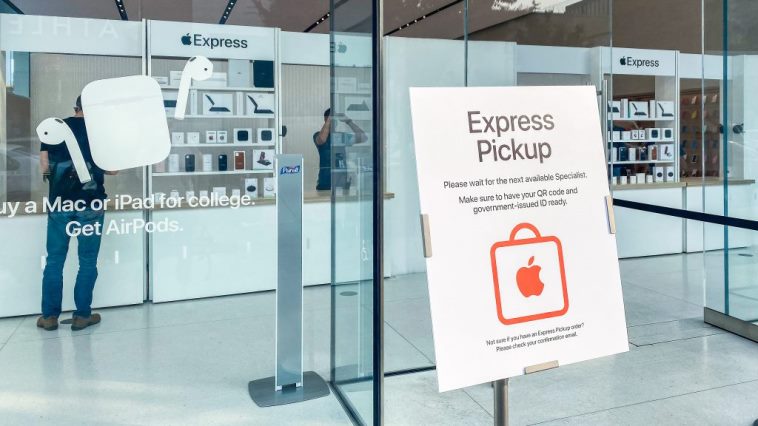 Cupertino based tech giant Apple has always been known for its ways of dealing with the customers. As the holiday season is fast approaching, the iPhone manufacturer is looking forward to erect more walled-off Express stores. This is a new format that Apple recently started testing in California. Since then Apple has managed to open about 20 Express stores across the Europe and the US.

Apple representatives have confirmed that it will continue to open its Express stores till it reaches the figure of 50 till the end of October, 2020. The goal of the company to open such Express stores is to maintain social distancing measures amidst the staff members and customers. When the number of stores are increased, it will help the customers to be equally distributed and the crowd will eventually reduce. The staff members will also be following all the health protocols approved by the authorities.

Inside the store there are walled-off facades that will prevent the customers to walk in. Instead they will have small windows that will be protected with a plexiglass so the staff members will be able to assist the customers one at a time. Moreover, people can make their purchases online before they come to pick it up from the Express store. This will also help to reduce the interaction time.

With the new idea of Express Stores, Apple has been experimenting with different ideas for store formats that help the company to determine the best way to cater its customers. The idea is more relevant now when the pandemic is slowing down and the holiday season is just round the corner. This is also another best time when the iPhone 12 and the 12 Pro have started shipping. Its Pro Max and Mini models are expected to be launched in the month of November, 2020. Opening of a number of stores also makes sense as the number of coronavirus cases continue to rise in Europe and the United States.