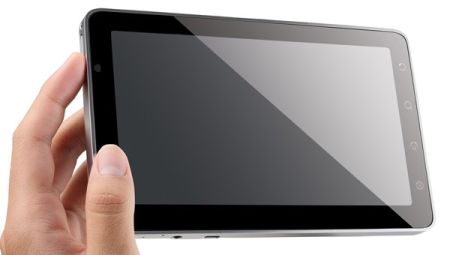 Gadget Herald: American technology device manufacturer, ViewSonic, had launched the ViewPad 7 tablet PC in the market and a question popped up in the minds of everyone is whether the review of this 7 inch tablet is good, as the gadget makes it’s way through the strictly competitive tablet market of 2010.

The ViewSonic ViewPad 7 tablet was launched towards the end of the year 2010, but strangely it has earned the tag of a smartphone, instead of a tablet.

At only 7 inches, the ViewPad 7 is surely not competing with the Apple iPad or the Samsung Galaxy Tab, but it rather comes in the category of the 7 inch Dell Streak. As usual, the ViewPad 7 is running on the Android 2.2 FroYo operating system, and it is because of the OS, there are great features on this little tablet.

The good part of the tablet is that it comes with a great processor, as well as convenient rear- and front- facing cameras. It also includes ports for USB and headphones and a good nice headset. However, the keyboard tends to be a little frustrating to the user.

There is something strange that is happening with ViewSonic, as the company is marketing this little tablet as a ViewPad 7 Smartphone, which seems somewhat inappropriate say critics. There is a 10 inch version of this tablet available in the market and that will make much sense for the user, only speaking about its size. This tablet is priced at £330, but it could be a bit overpriced if it is compared to its rivals.