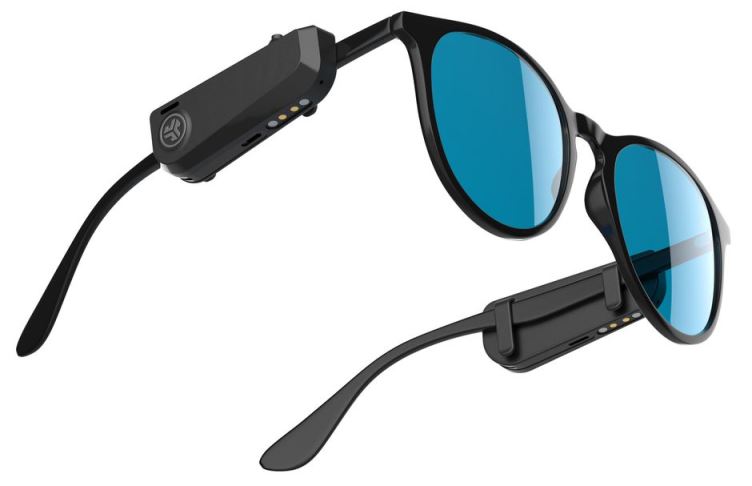 American audio brand JLab has showed off it new Bluetooth audio gadget that has a new design. The new wearable device can be clipped to the user’s existing sunglasses or glasses. The new device has been christened as JBuds Frames that have two modules with speakers with downward facing that are positioned just outside the ears. The JBuds Frames can be called as a part of the new trend of open-ear audio that has been the domain of Bluetooth enabled sunglasses and bone conducting bands.

The most interesting part about the wearable device is its price as it retails at just $50 which might not be surprising while considering the history of the company that usually offers inexpensive hearing devices. With the price point, JLab has hopes that it would be able to overshadow some of the other audio products by the brands like Bose, Amazon, Aftershokz and others.

However, the audio lovers should not have high expectations in terms of open-ear headphones. The JBuds Frames have two large modules that can be clipped to the temples of the glasses the users already have. The device is expected to come in multiple sizes so they can fit in to different sizes of glasses. Talking about the audio, each device is equipped with a 16mm driver. The company has claimed that the audio will not be heard by people who are nearby.

This seems to be remarkable in terms of technology. Despite the fact that the device faces downward, it has been placed in such a way that it could be heard only by the user and not by people nearby. It does not engage the ears, so the users will also be able to concentrate on the world around them. The device has an IPX4 water resistance rating which means it can sustain sweat as well as rain. There are buttons for volume, accept and reject calls and EQ settings. It also has a battery life of more than eight hours and is expected to be available during early spring 2021.