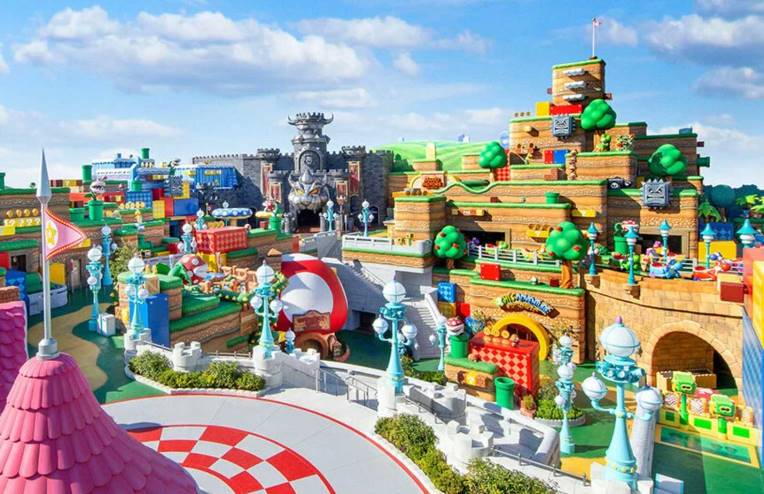 The Super Nintendo World is one of the most awaited theme parks and a number of Nintendo fans are eagerly waiting for the launch. The opening of the theme park in Osaka was delayed due to the coronavirus pandemic. Just when there was a ray of hope that the theme park would open soon, a state of emergency has been declared in Osaka due to the rising number of infections of COVID-19. The Universal Studios Japan had earlier announced February 4, 2021 as the date of opening, but now due to the state of emergency that has been declared in a number of prefectures, the date has been delayed again indefinitely.

Reports say that Japan is currently facing a third wave of the coronavirus infections that has currently reached to a record high and the city of Osaka is a hotspot. One of the reporters from a leading daily has mentioned that the opening date of the theme park will be rescheduled only when the state of emergency is lifted by the government.

With the recent announcement, the wait has become longer for the Nintendo fans who have been waiting for it since the time the theme park was announced. People who still wish to experience characters in the video games, can follow the Super Nintendo World Walkthrough with Shigeru Miyamoto. It is currently the safest way to explore the place.

Nintendo partnered with Universal Parks and Resorts to enter in to the theme park business while it was struggling to keep up the revenue with the help of its gaming sector with its games and consoles. The formal announcement was made in May, 2015 and in 2016 it was announced that it would be using Mario along with other Nintendo franchises as the themes. Universal had in 2020 confirmed that it would be opening a franchise with the same theme at Universal Orlando Resort that was scheduled to be opened in 2023 but the construction of it has been delayed due to the COVID-19 pandemic.