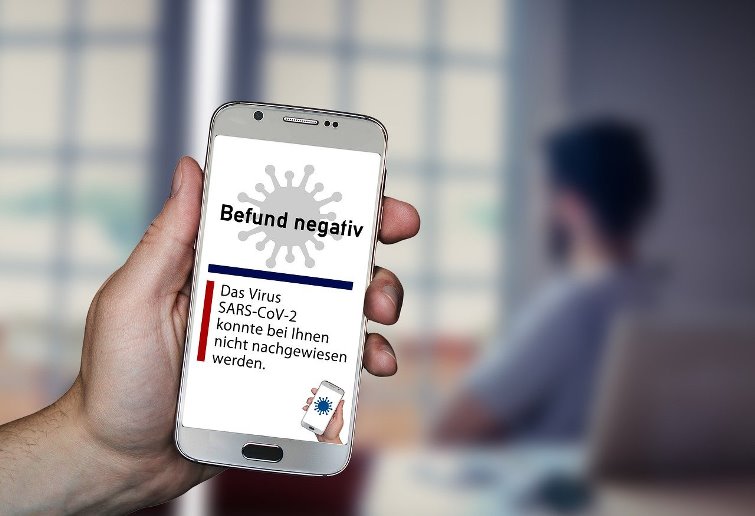 There was a time when the COVID-19 tests took many days and gradually there were advancements in the tests. Today there are a number of ways the test can be done with accurate results that are quick. Now a new test has been developed that can be done with the help of a smartphone and it will be able to analyze the saliva samples. The test could be able to deliver the results in just ten minutes. The new test has been developed by the researchers at the University of Arizona.

The team was led by Jeong-Yeol Yoon who is a biomedical engineering professor, who have adopted a method that was developed to detect noroviruses to detect the novel coronavirus as well. The test can be done with a mouth rinse method that was developed by Michael Worobey, who is the head of the Department of Ecology and Evolutionary Biology of the university. Under the test, people will have to get the test gargle and spit sterile salt water in a cup and is different than the regular swabs. It is said that the new method is more sensitive than the regular swab method. The research by the team was published in Nature Protocols. The smartphone based test needs a smartphone, a piece of microfluidic paper and a simple microscope.

The components together costs just $45 which is way cheaper than the other current methods. The users have to introduce the antibodies with florescent beads to the sample that could potentially be contaminated. If there are ample pathogen particles then the antibodies will come together and under the microscope, it will show as lumps of fluorescent beads that the users can then count. The best part is that the entire process takes nearly 10 to 15 minutes and can also be done by a non-medical person by watching a short tutorial. The test could be a great solution for a number of difficulties across the globe.