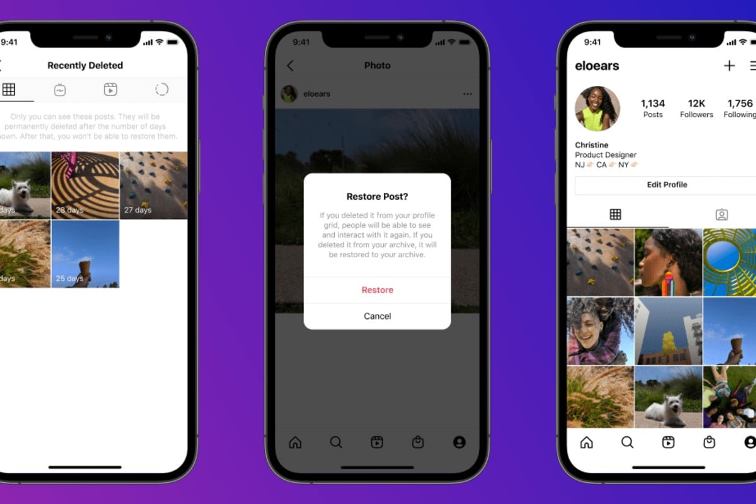 Photo sharing site Instagram has added a new feature for the users. The users will now be able to get their hands on the ‘Reently Deleted’ folder that will help them to recover some of the older posts that have been deleted by purpose or by mistake. The new feature is expected to make a number of users very happy. The users will be able to restore any feed that they have deleted before 30 days.

Instagram has explained that for the first time they have come up with a feature that will allow the users to review and restore the content that has been deleted in the Instagram app. It will include the photos, videos, IGTV videos and stories. The posts that would be deleted by the users would be immediately sent to the Recently Deleted folder. A small exception has been made for the Stories due to its short term nature. They will not be saved for 30 days but will remain in the Recently Deleted folder for maximum of 24 hours.

But everything else will remain in the folder for a month, which is a plenty of time to restore something that you think is lost or are mistakenly erased. This feature could also be useful for people whose accounts have been hacked and their content has been deleted. Although it will not solve the problem completely as there is still going to be an option to delete the content from the Recently Deleted folder as well.