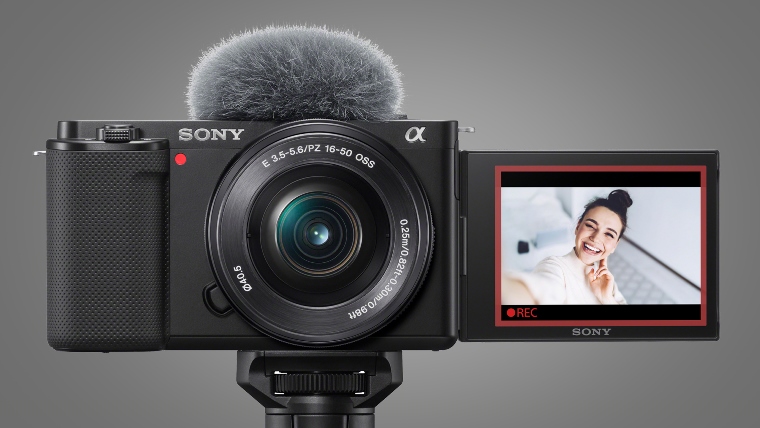 The problem of global chip shortage has this time affected a camera line-up of Sony. Due to the shortage, Sony is forced to suspend the orders of its ZV-E10 which is a mirrorless camera used for vlogging. The camera was launched in August, 2021. The company announced about the suspension of the production of its new camera in a post on its website. The post has mentioned that it will no longer sell the ZV-E10 on its store or through any of the distributors for the time being.

The notice by Sony has said with regard to the digital imaging products, it has become tough to procure parts which is an effect of the global semi-conductor shortage. This is not the only device that the company has temporarily discontinued in 2021. In the month of November 2021, Sony discontinued its A7II, A1600 and A6400 series cameras. It also discontinued its ECM-B1M shotgun mic along with the PXW-Z190 camcorder. Earlier in the month of April, 2021 it put its Handycam HDR-CX680 camcorder on hold. Reports say that even its A9 appears to be discontinued or is just very short in supply and is listed as ‘no longer available’ on B&H Photo and Adorama.

Sony’s Sony A7RII which is six years old has also met the same fate and has been listed as unavailable on the online stores. Not just the camera companies, but basically every single industry is suffering and facing supply issues due to the semi-conductor shortage. Manufacturers do not have ample supplies of parts to meet the growing demand of the consumers.

Nikon had in the month of April stopped including the EH-7P AC adapter with its Z7 and Z7 II cameras due to the reason that it did not have ample parts. Canon also announced a delay in shipments of up to half a year. Even Fujifilm faced a delay in the shipment of its X-S10 along with some of its camera gear earlier in 2021.