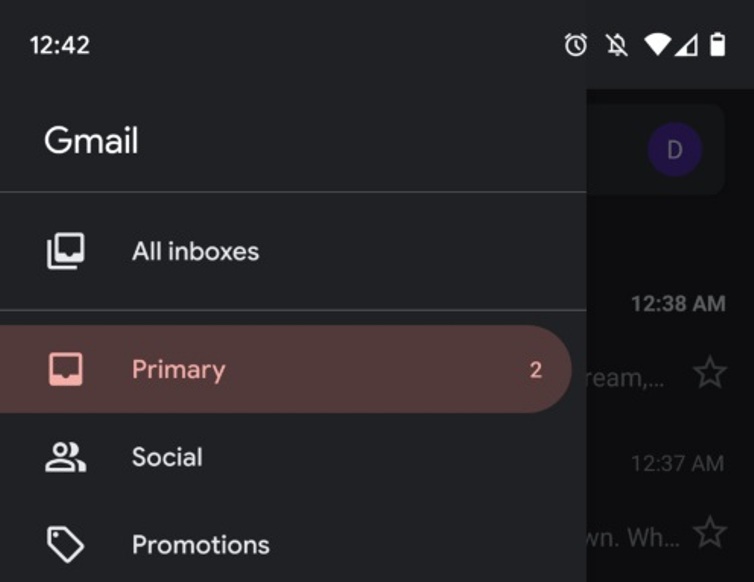 The much awaited dark mode is out for the Gmail service for Android 10 and iOS 13 users. The dark theme can now be applied to the Google and Apple’s mobile operating systems. The battery saving friendly mode is not applied automatically everywhere. Some of the popular apps including the Gmail service did not have the dark mode setting when the Android 10 was shipped.

It has been many months since the popular dark mode has been announced and the Gmail is no longer going to be left out for the Android 10 and the iOS users. The feature is being rolled out gradually and will reach the users in the next few weeks. The search engine says that if a Gmail user is not having it yet, then they need to wait for a short time.

The popularity of the dark mode is high and the demand is increasing everyday. Before the tech giants Google and Apple had it, the feature was already popular in the apps for instance in the Facebook Messenger, Reddit and Slack. The dark mode allows to save a little battery life and the screen of the phone will also be mild at the user’s eyes during the night hours. The dark mode was first added by the search engine to the Android Pie update earlier in 2019, but that theme was not introduced on other platforms. But in Android 10 the theme is much more spread out and the applications that make use of the default system theme, will automatically get the new dark mode when it is turned on and will invert dark and light colors.

On the Apple’s operating system, the theme is applied on widgets, wallpapers, notifications, calendar and messages. In the Gmail app, the users have to tap on the hamburger menu on the top left and click on settings. Then on general settings, tap Theme and click on Dark.