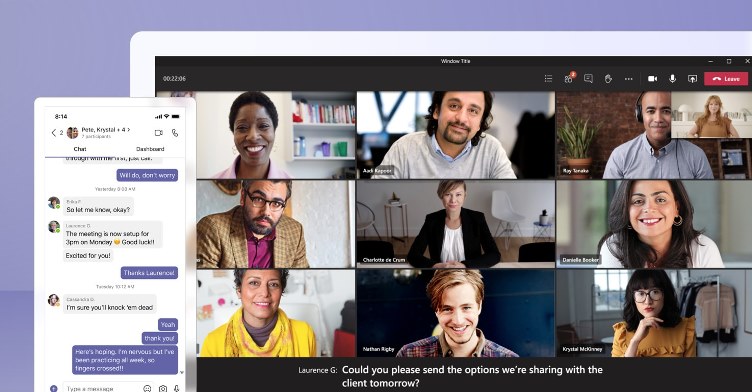 Proprietary business communications platform Teams by Microsoft is now available for the general public. An official announcement was made by the software giant on May 17, 2021 as it will be helping the friends and family to remain in touch. The new update has been named as the personal features for Teams. The actual intension to make Teams available for the general public was taken to make the software common and ubiquitous. It expects it to be similar to how people use Google Chat at the office as well as at home.

The platform has also been designed to encourage to use Teams instead of the other standard messaging apps. The Teams has added a range of productivity features that would be better for the users than the other messaging apps. Some of the additional features include Together mode for the personal profiles. This is a feature in the video chat in which Teams arranges the participants of the chats and rearranges them in a pattern that looks as if they are all seated at the same location.

A similar feature might have been seen at the 2020 NBA season where the Teams had brought the users at the virtual stands at games. Some of the locations include a coffee shop, a family lounge and a summer resort. Microsoft has also explained that the new Together feature will be helping people to get rid of the video chat fatigue that a number of people faced in the past year.

It is also expected to rule out the need for looking from one corner of the screen to the other to see who the person is talking to. Another interesting feature is the ability to create chat groups and bring in some of the uses of calendar invitations, polls and more. The catch here is that Teams allows the users to use a single app for all of the organizing needs of the user.