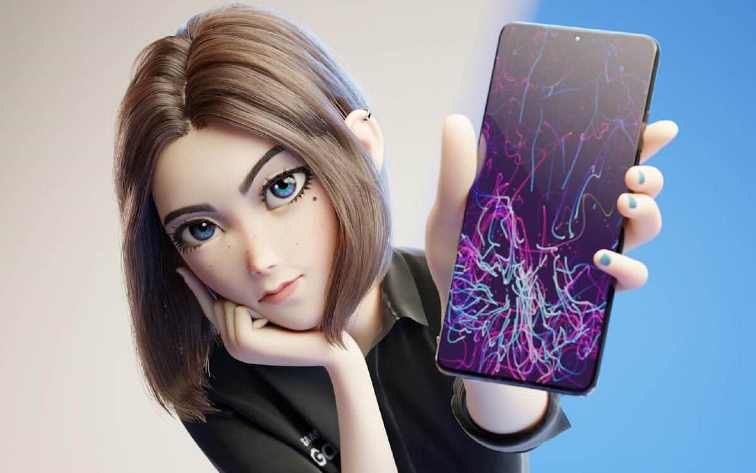 South Korean giant Samsung is ready to unveil the new virtual assistant christened as Sam. There are possibilities that Sam would be a 3-dimensional character and the official virtual assistant that was earlier launched in 2D version. The new 3D version of the assistant looks impressive and would also be very different and advanced than Bixby. The company has managed to bring some remarkable and interesting changes.

The new assistant has better poses, expressions and textures. The new features makes the new virtual assistant more interesting to work with. VFX expert Lightfarm Studios is behind the make-over of Sam, which has published some pictures and renders of the assistant. An official statement was released by Lightfarm Studios which has mentioned about more information and details. The company said that it had joined hands with Cheil Agency to make a more realistic character.

The collaboration gave Sam a new look with a hairdo and clothes that made her look more realistic. Her overall looks seem more impressive and attractive. The VFX giant also revealed about the applications that it used while creating the new virtual assistant. Software like SideFX, Adobe After Effects, Adobe Photoshop, Blender 3D and Marvelous Designer were used while creating Sam.

Rafael Vallaperde is the director of the project and Giselle Almeida is the art director. The production house also released a test clip that showed the new assistant in work. The video was shared on Vimeo, but now it seems like it has been taken down. This indicated that Lightfarm Studios might have created the assistant for their own productivity and an official announcement might not be likely. But it is worth mentioning that the company has mentioned about its collaboration with Cheil Agency, which is an ad firm under the Samsung group. There is indeed a possibility that Samsung could make Sam its official character but it cannot be said when.