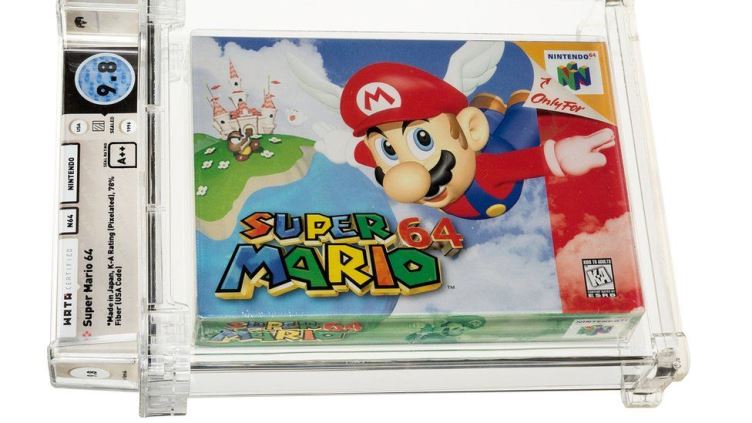 The classic game title Super Mario 64 was a popular title from Nintendo 64. A sealed copy of the Super Mario 64 by Nintendo sold for a whopping $1.56 million at an auction held on July 11, 2021 by Dallas, based Heritage Auctions. The amount broke the previous record that was paid for a single video game that was set just two days back. Heritage Auctions said that this is the first time that a single video game that sold for more than a million dollars.

Super Mario 64 was launched in 1996 and soon became popular among the gamers. It was also the first video game to be featured in 3D. Video game grading company WataGames graded it A++ which is the highest possible grade. The auction company said that the game was preserved in a very good condition. However, Heritage did not say as to who bought the game. The new sale was announced just two days after a sealed copy of the Legend of Zelda by Nintendo was sold in an auction on July 9, 2021 for $870,000 that set a new world record.

The video game specialist from Heritage, Valarie McLeckie in a statement said that the auction house was shocked to see a game to be sold for more than $1 million especially after the Zelda game was sold at a record setting auction. The auction let people surprised as to how such collectibles were sold at such prices despite the pandemic. In the past year it has been noticed that things from sports, Pokemon Cards and non-fungible tokens became popular and have earned millions at auctions.

This has also indicated that people still have a soft corner for the Mario franchise for its nostalgic value. Even in the month of April, 2021, a 1985 version of the Super Mario Bros was sold at an auction for $660,000 that had also set a fresh record.