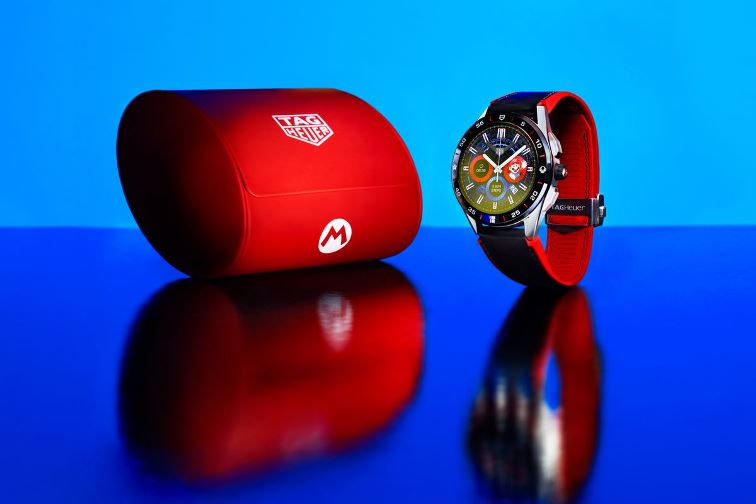 Swiss based luxury watch manufacturer Tag Heuer made an announcement that it has joined hands with Nintendo to make a Mario themed smartwatch and will be priced at $2,150. A press release has mentioned that the upcoming premium watch will be themed on the iconic character from Nintendo  and will have a 45 mm watch face.

Some of the features of the device include a accelerometer, built-in heart rate monitor, compass and water resistance up to 5ATM. It will have two straps – a red rubber strap and a black  leather strap on red rubber. The smartwatch will be powered by a 430 mAh battery  and the company has assured that it will deliver battery life for a full day on a single charge. The upcoming Mario themed smartwatch will feature the Wear OS by Google. This means that it would be easy for the users to access the functions that are found on the other wearables that have Google Assistant.

But the news is that the wearable is a limited edition product and will also have a Super Mario themed interface and the users will have four new watch faces to select from. For instance there is one where Mario is invisible  while another is on the top of  a warp pipe. Tag Heuer has also confirmed that it will also feature a gamification rewards system and Mario will be greeting the user every morning  to wake you up. The users will also be treated with a number of animations when they would complete every stage that counts to an everyday count target.

The smartwatch will be priced at $2150 and will be launched on July 15, 2021. The bad news is that only 2000 units have been made. Depending on the region, it can only be purchased from selected Tag Heuer boutiques. It can also be grabbed from the official website of Tag Heuer and off-course till the stocks last.