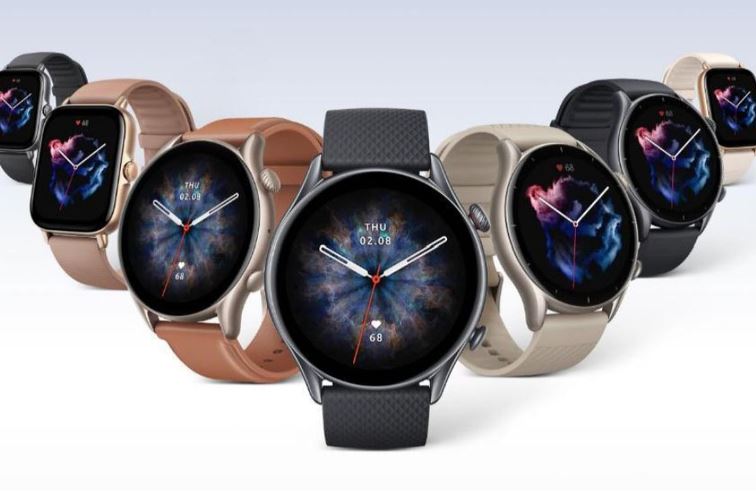 After several rumours, Chinese wearable device manufacturer Amazfit has launched its three new smartwatches –GTR Pro 3, the GTR 3 and the GTS 3. The new smartwatches have been launched with some specifications that were expected by the company to be added along with a few exciting upgrades. The best part is that all the three devices come with extended battery life with a number of sport tracking modes.

The Amazfit GTR Pro 3 is the flagship smartwatch and comes with a round AMOLED 1.45 inch display with a 450 mAh battery that offers up to 12 days of battery life. The device has 2.3 GB of storage along with Bluetooth, GPS, Wi-Fi along with a mic and a speaker to allow the users to pick up calls from the wrist. The users can also reach out to Amazon’s Alexa that can be done when it is connected to the internet. It weighs 32 gms which is slightly more than the Samsung Galaxy Watch 4. The GTR Pro 3 has a sleek design with 22mm, quick release fluoroelastomer Strap.

The device is available in Brown leather and Infinite Black colors. It could be interchangeable with a number of options for the third party retailers. On the ither hand the GTR 3 has near about the same features as the Pro and has Wi-Fi, mic, speaker or Bluetooth for up to 21 days of battery life but a smaller display. The Amazfit GTR 3 Pro along with the GTS 3 and the GTR 3 are different from their predecessors and feature the BioTracker optical sensor. The new sensor can be used to track heart rate, blood oxygen and even stress.

All the three smartwatches can identify the activities including walking running, and can track up to 150 sports on demand. The devices run on the Zepp OS and make them compatible with Android as well as the iOS devices.