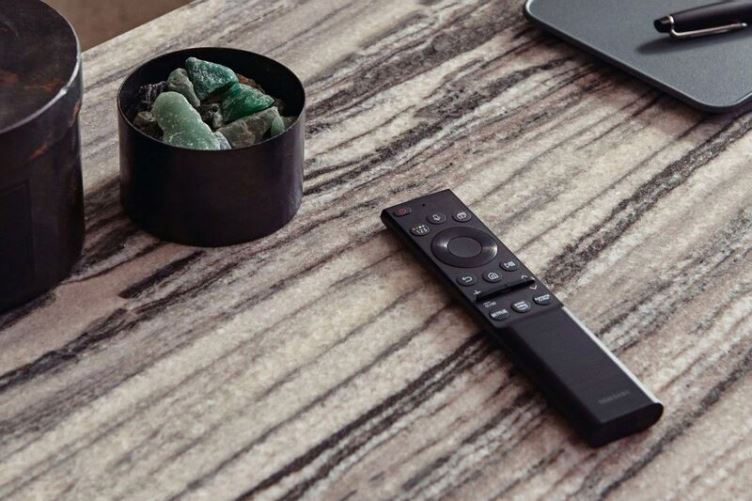 A number of tech giants are now ready to show off their products at the CES 2022 all set to begin on January 4, 2021. But Samsung decided not to wait and announced a slew of new smart TV accessories along with software features. One of the most interesting products is the New Eco Remote that the company hopes that it will have an environmental impact of any TV Remote. The remote has been announced along with the latest TV updates and will be powered by the sun during the day time.

While devices with solar power are not new, the device will also be able to take power from radio waves from the sources like the Wi Fi router. Samsung said that it is called as the RF harvesting that will help the remote to be fully charged at all times no matter when you are watching the TV. The company has claimed that the devices are made from recycled material but it has not mentioned as to how much of it has been made from recycled material. The device will be powered by the solar power and RF harvesting which means that it will not need any batteries.

The remotes will be available in black or white colors and will be available with all of its TVs in 2022. Samsung had more news and revealed that it has brought more features for its smart TVs. The home screen will now have Ambient Mode, Media Screen and Gaming Hub. The Media Screen provides quick access to movies, and TV content from any provider and will also provide content recommendations. The Ambient Mode will be the same as the current Ambient Mode while the Gaming Hub will centralize the console and streaming game displays.

The South Korean giant has also announced a new NFT Aggregation platform for the TVs and has claimed that it is the first TV screen based NFT explorer and marketplace aggregator.