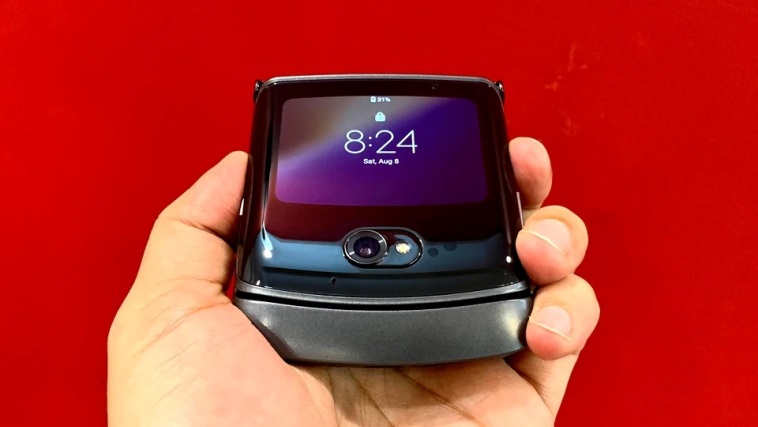 Evan Blass, who has the reputation of being a reliable leaker, has given a few glimpses of a few images of a testing image of the third generation of Motorola Razr. The upcoming device by the giant has been code-named as Maven and the leaked images have shown two upgrades cameras on the rear side and one of which is a 50MP f/1.8 main sensor and the other is a 13 MP sensor that could be used for ultra-wide shots.

The image that has been leaked has shown a device that is fully closed and does not have a chin that in the earlier model had extended outwards. Going by the design, it seems to be folding on itself that helps to forma square shape when it is closed. This makes it stand out from the modern designs of the foldable smartphones that are launched in the market and getting closer to the original design. Leaker Blass has also pointed out that the fingerprint sensor is now at the power button which means that it would be placed on the side.

Blass has mentioned that the Razr 3 would have FHD+ interior folding display with a 32 MP selfie camera. With a brand new box like design, it seems like Motorola is ready to compete with the Samsung Galaxy Z Flip 3.