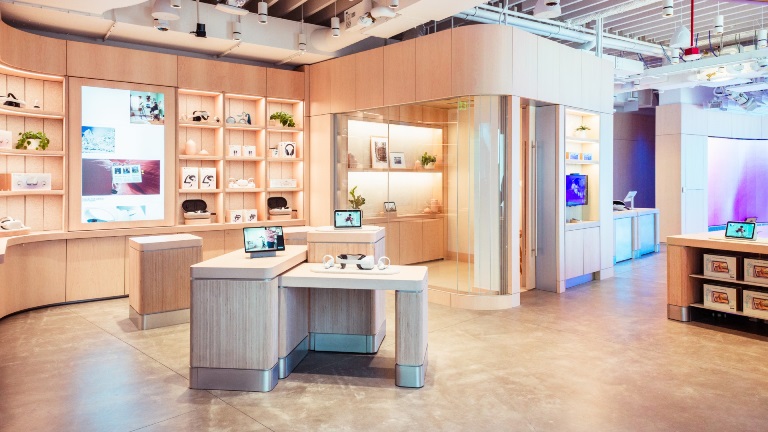 Facebook parent Meta is taking fresh steps towards progress and is looking forward to become a hardware-driven tech company after being in the ad-supported social media space. The move has indicated that it would be progressing to focus on the metaverse age and will soon be opening its first retail store. Meta is currently purely focusing on drawing people towards the metaverse infrastructure.

The company will be introducing a few of its next-generation products that would be meant for the mainstream customers. Mark Zuckerberg has chalked out a plan for metaverse where people would be able to interact with each other in the virtual world with the help of many devices like the virtual reality headsets. However, the chief has clarified that the vision would take its time for execution and would not be done before the end of his decade. Head of Meta Store, Martin Gilliard, while talking to a leading daily informed that the store has been designed to introduce the Meta products that need to be understood and experienced.

Gilliard said that the store would be like a feedback point that would help them to learn and see if they could continue to have more such stores. But more than that Gilliard also said that their main focus is to educate the customers about the concept and get a feedback from the customers. The first store by Meta would be a 1,500 square foot space which is next to the Reality Labs Headquarters located in Burlingame, California. The wood shelves in the store will have three products on display.

The Quest Two virtual reality headset is one of the most important devices meant for adoption of metaverse. It will be demonstrated to the consumers, who will be taught to understand the number of uses in virtual reality. There will also be the Ray Ban Stories, Smart glasses, by Meta that can capture photos and videos and can also share them on social media platforms.