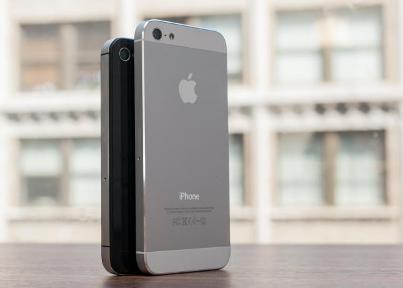 French website nowhereelse has put up pictures of an alleged next generation Apple iPhone, commonly known as the iPhone 5S.

The difference between the new device and the old iPhone 5 is not immediately apparent, as the exterior of both the devices look the same. However, the alleged iPhone 5S has an ‘x’ mark where the specific information would normally be on the back of the device, which would indicate a prototype.

There are pictures of the inside of the device as well, which show that the placement of screws is different for the new device as compared to the iPhone 5. The forum has a picture of both phones stacked side-by-side, where it one can see minor physical changes.

According to tech website CNET Apple has not yet commented on the pictures. The tech company had released the iPhone 5 in September, 2012, to tremendous worldwide response. Many Apple stores had already run through their stock of the device, with more orders being placed every day.

Apple has rectified the problem since and people have been able to get their device within a 2-week period. It is expected that if the iPhone 5 is officially upgraded, it would be a minor internal change rather than a dramatic external one. The company is facing stiff competition, especially by companies such as Samsung, who have entered the smartphone market and pose a very real threat to Apple’s dominance.