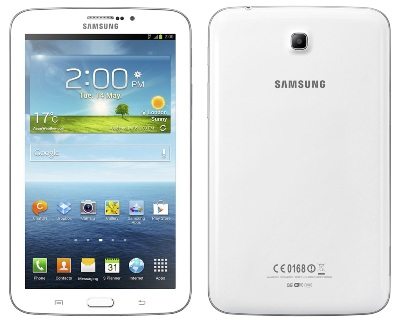 South Korean electronics giant Samsung, has on April 29, 2013, unveiled its Galaxy Tab 3 which is a 7-inch tablet. The new device will be directly able to  compete with  smaller  tablets offered by the likes of Samsung’s rivals such as Amazon, Apple and Google. The latest tablet has a 1024 x 600 pixel screen, which is one of the highest in the segment today.

The new Tab 3 is powered by a dual core 1. 2 Ghz  processor and will be available with 8GB or 16GB of storage and 1GB of RAM. Moreover, the new mobile device comes with a micro SD slot which supports up to 64 GB of additional storage space. The tablet also operates on the latest Android operating system called 4.1 Jelly Bean. It has a 3 megapixel rear camera and a 1.3 megapixel front camera as well.

The tablet will be available in Wi Fi and 3G versions.The  Wi Fi/3G version of the tablet will be available in the month of June 2013. The availability of the tablet depends on the individual markets and will be rolled out gradually across the board. The new Tab 3 could help push Samsung’s fortunes further, after it witnessed sustained market success on the back of its Galaxy range of smartphones.