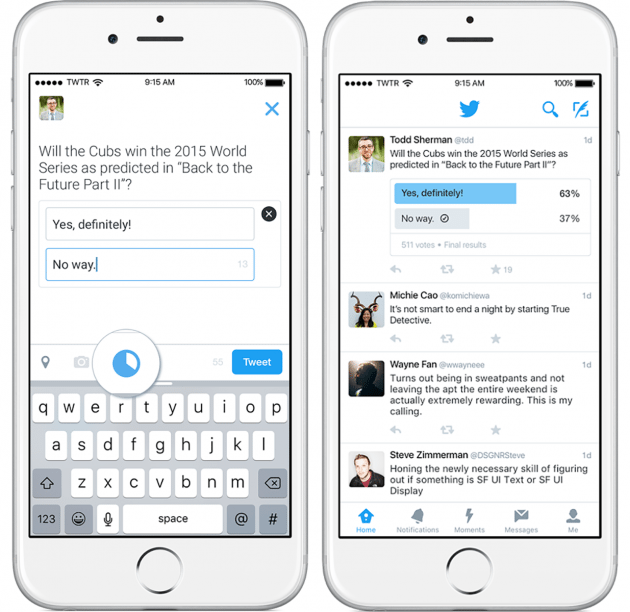 Micro blogging site Twitter has announced that it is all set to make its polling feature available to all the users. This means that the users will soon e able to ask anything to the public. For now the poll will be open for just 24 hours and just two choices will be offered.
Twitter in a statement said, “You can vote on any poll, and how you voted is not shared publicly”. Some of the suggestions include like if you want to ask ‘What to name your dog?’ or ‘Who will win tonight’s game?’ or ‘which election issue people are more concerned about?’. So far just selected users were able to create polls.
Some of the other ways to get people to vote include tallying favourites and retweets to find which option is more popular. There are also polls created using hashtags or by tracking replies. Twitter adds, “Over the next few days, we’re rolling out the ability to create polls on iOS, Android, and on desktop”.
The users now have to just look for the poll icon which looks like a pie chart in the compose box after which they can also be able to create their own questions and answers.