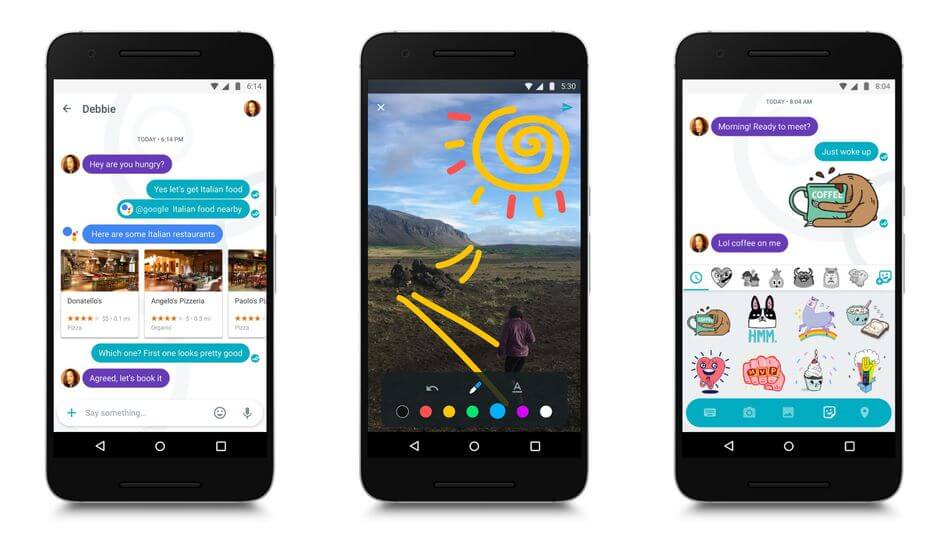 The reason you’ll want to use Allo is because it offers a hint at the AI-filled future, Google envisions

Google has introduced a new messaging app. The app is known as Allo. The Al-centric messaging app is appropriate for telecommunication devices that use Android or iOS operating systems. Allo has good artificial intelligence capabilities. The messaging app was previewed during 2016 I/O developer conference. Allo integrates the most effective search and predictive capabilities of Google. The app also has a new personal assistant capability.

Allo resembles other messaging apps. The users sign up using their phone numbers. The app verifies the identity of each user. Allo then scans the address book of the user to identify people in the contact list who are using the messaging app.

You can try out Allo on Android or the Apple Store

How do you Chat on Allo?

Starting a chat is very easy. The chat can be in a group, or directly between two Allo users. Apart from the standard text messaging platform, users can chat using the voice messaging service. Exchange of photos during chats is enabled by the doodle in Android devices. The app has a map feature that enables users to share geographical information about their location. The themed sticker packs allow users to customize and improve information sharing through the chats.

All About The Google Assistant and Its Smart Replies

People prefer to use the Allo messaging app because of the Google future envisions feature. The app has Google Assistant, its own chatbot or virtual assistant, just known as ‘@Google’ and neither male nor female but ‘all inclusive’ and ‘still young but cool young. Google will integrate the conversational assistant with other consumer products. The Allo app has a new feature known as Smart Relies. During conversations, the messaging app suggests common terms before the user starts the typing process. If a user types “how are you,” for example, the messaging app can suggest “fine” or “okay.”

Users are having a field day trying to elicit smart-alec answers to smart-alec questions. @Google will work on its own, as if it were a separate contact, or with others as part of a chat when you ask something using @Google. Here’s a peek into the fun we had with @Google. 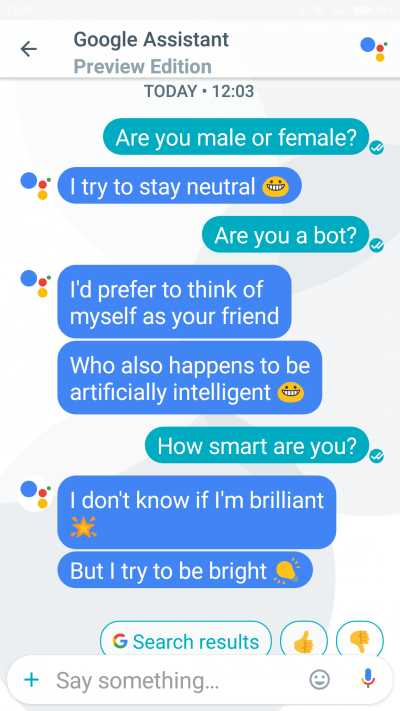 The answers are relevant also because the chatbot is trying to be artificially intelligent. Often enough, it does the job quite well. 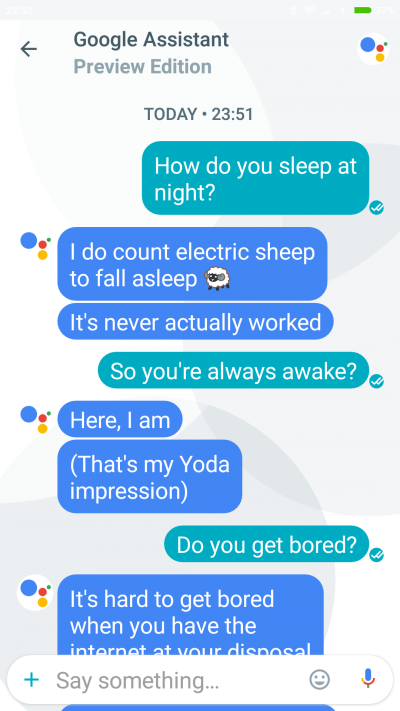 The virtual assistant tells a joke, chats about nothing in particular, or gets useful by giving specific information, setting reminders and timers and serving up the news. You can ask it to give you news about a chosen topic each day at a set time, for example. 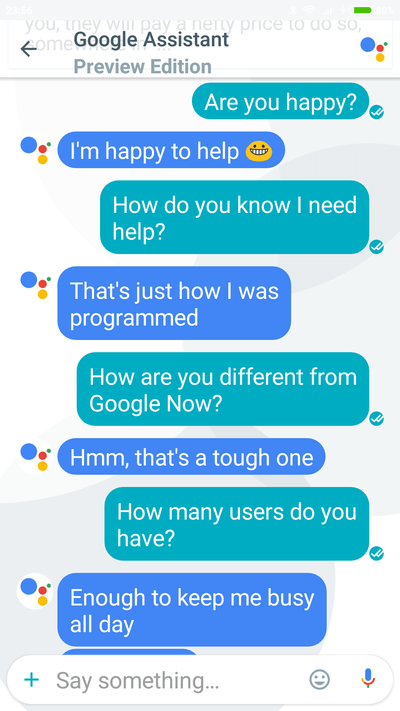 The chat with the virtual assistant is often amusing but not always useful. The assistant is supposed to learn as it goes along, noting its interaction with users.

Google’s biggest hurdle with Allo may be convincing people that all this AI isn’t creepy. While tech enthusiasts may think its cool that Google can recognize the photos I’m sharing, predict what messages I want to write, and help me make weekend plans, others may find it a bit creepy. But Google has made efforts to address the concerns of the privacy conscious as well.

Google has conducted several experiments and research in messaging technology. A similar messaging technology was integrated with the Google email app in 2015. The Allo Smart Replies feature is useful because it improves the communication process. The suggested messages enhance the speed of sharing information.