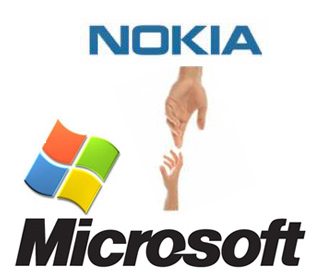 Gadget Herald: The much awaited announcement in context to Nokia and Microsoft has finally been disclosed; as both companies will be develop a new platform to take on the Android and iOS market. The details in regards to the Symbian and MeeGo operating system have not yet been discussed by Nokia, but along with Microsoft they surely have some plans to work on.

According to the Nokia executives, they are quite excited for the fact; they shall be working along with Microsoft and Windows Phone 7 will be their primary operating system for their smartphones. Analysts have said, this deal will bring together both their respective applications including the Microsoft Office, Bing and Nokia’s Ovi Maps.

Nokia’s Symbian platform has not been performing as well as it was predicted, for the company is looking forward for a more advanced operating system. As of now, Microsoft and Nokia will look forward to conquer Android and the iOS services in the market, especially in the application sector.